Police in Austria have found a charred body they believe is that of a 55-year-old man who shot dead three policemen and a paramedic.

The body was discovered at a farmhouse where the suspect lived in the province of Lower Austria after special forces stormed the building.

Police said the suspect first shot dead a police officer late on Monday after breaking through a roadblock in the province of Lower Austria near Vienna.

Authorities had been trying to catch poachers or hunters shooting deer without a licence.

He then killed a paramedic and wounded another policeman hurrying to the scene.

After fatally shooting another police officer at a separate roadblock, the man then fled in a stolen police car to his home near the city of Melk, about 70km away, taking another policeman with him as a hostage.

That officer was later found dead in a barn nearby.

The man, whom police did not identify, fired repeatedly at police surrounding the farmhouse.

After an hours-long standoff, police entered the house and found a charred body in a basement hideaway, Austrian media quoted a police spokesman as saying.

The Krone tabloid quoted a friend of the suspect as saying he had confessed in a telephone call from his home as a police helicopter circled overhead and officers closed in.

"Unfortunately it is true. I shot three policemen tonight," the paper quoted the conversation as related by the friend.

"I am the Annaberg poacher. They shot me too, in the stomach. But it doesn't matter.

"I shot Burgi (his German shepherd dog) and they are not going to get me either."

The newspaper quoted the friend as saying the suspected gunman had confided two weeks ago that he was schizophrenic.

Violent crime is rare in Austria, but hunting is a centuries-old tradition in the Alpine republic enjoyed by tens of thousands, many of them farmers and landowners. 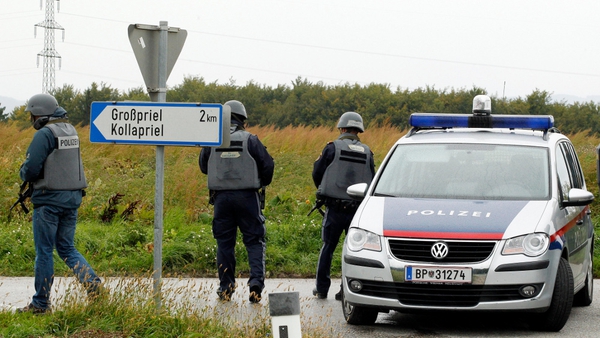