Engineers working to lift the stricken Costa Concordia liner say they have managed to free the ship from the seabed.

After a three-hour delay caused by an overnight storm which interrupted final preparations, salvage crews started the so-called "parbuckling" operation at around 9am (8am Irish time).

The first signs the wreck was shifting were registered as underwater cameras recorded water swirling in the area where the metal was resting on the seabed.

"It's all quite within projections, both in terms of measurements and the way the wreck's behaving," Sergio Girotto, project manager for contractors Micoperi, said.

The operation will see the ship rotated by a series of cranes and hydraulic machines, pulling the hulk from above and below and slowly twisting it upright.

Once upright, the vessel will be stabilised before being towed away for scrap, probably next spring.

The financial stakes for insurers in the recovery of the wreck on the Tuscan island of Giglio are huge.

The ship's owner, Costa Cruises, last week estimated that the cost of the salvage operation would be more than €600 million.

Workers are also looking for the bodies of two people, an Italian and an Indian, unaccounted for since the disaster.

Another 30 people have been confirmed killed in the disaster. 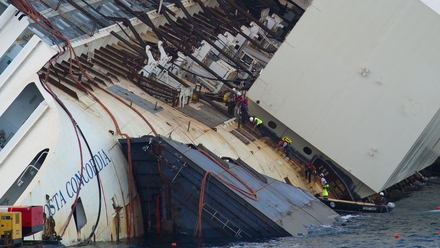 Salvagers are waiting to see how the weakened structure will react to the strains of being pulled upright and Mr Girotto said it was still unclear how badly damaged the section of the hull that had been resting on the ground was.

Five people have already been convicted of manslaughter over the disaster. 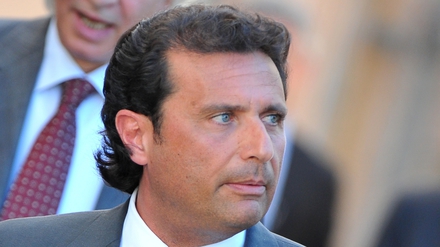 A multinational team of 500 salvage engineers has been on the island for most of the past year, stabilising the wreck and preparing for the start of the lifting operation, which must be completed before the vessel can be towed away to be broken up.

Engineers say they are confident the operation will be a success, although the process has never before been attempted under such difficult conditions on a vessel of this size.

"We have done parbuckling before but never on a location like this," Nick Sloane, the South African engineer coordinating the recovery for contractors Titan Salvage, said.

"She is on the side of a mountain on the seabed, balanced on two reefs and she is a really large ship - she's three football fields long, a hundred thousand tonnes plus... So it's never been done on this scale," he said.

The operation is scheduled to take up to 12 hours. The most delicate phase was expected at the beginning, when hydraulic pulleys began to shift thousands of tonnes of metal off the rock bed.

Eleven large tanks, the size of multistorey buildings, have been welded to the side of the Concordia that is out of the water to give leverage and buoyancy while two other tanks will act as a sort of "neck brace" to stabilise the ship's bow. 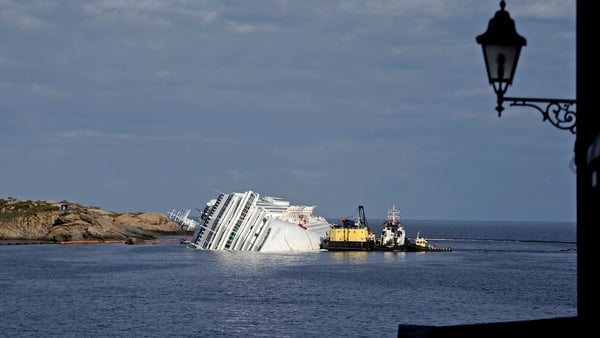 Survivors mark anniversary of the grounding of the Costa Concordia