One of the world's rarest whale species is believed to have been recorded around 100km off the southwest coast of Ireland.

The IWDG described the whales as among "the most rarely seen animals on the planet", with only two confirmed sightings in the wild since 1995.

It said the animals passed within 50m of the RV Celtic Mist research vessel on 4 September.

A total of eight different whale and dolphin species were recorded during the trip, including a humpback whale that was photographed breaching clear of the water. 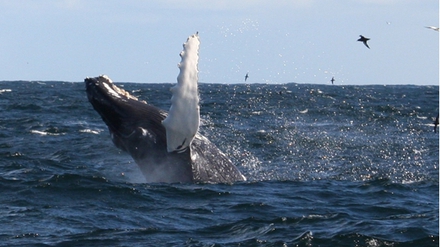