The Organisation for Economic Co-operation and Development says Ireland is emerging from its difficulties, with economic activity and employment slowly recovering.

In a survey of the country published every two years, the Paris-based organisation says Ireland's national debt should peak this year, and is approaching a turning point.

It says budget strategy rightly aims at putting the national debt on a sustained downward path.

However, despite some progress, unemployment remains high, emigration has returned and poverty has increased, adding to heavy debts and financial distress.

It says reinvigorating long-term growth will be essential to ease the burden left by the crisis.

The report urges the Government to persevere with the conditions and targets of the EU-IMF programme and reduce the budget deficit to "below 3% of GDP by 2015".

If economic growth allows, it says the Government should reduce the budget deficit even faster than the programme requires to regain credibility in financial markets and enable the Government and banks to borrow money at lower interest rates.

It says assuming the full €3.1bn adjustment is made in the next Budget and the savings from the promissory note deal are used for debt reduction, next year’s Budget deficit should be 4.6%.

This is lower than the EU-IMF programme target of 5.1%.

This implies the Government may have €600m to €700m available to ease back on Budget adjustments, and still hit EU targets - if growth lives up to expectations.

If the Government makes the full budget adjustment for 2014, it should achieve a primary surplus - that is it will take in slightly more money than it spends, excluding debt interest costs.

In this case the report says that to reduce Government debt from over 120% of GDP this year to 60% of GDP by 2030 - in line with the EU fiscal compact - will require only an extra 2.5% of GDP in further budget adjustment.

If growth does not materialise as strongly as forecast, the OECD does not recommend going beyond the terms of the bailout programme.

However, it notes IMF projections that, if real growth only averages 1% for the rest of this decade rather than the forecast 2.4%, the debt ratio could rise 136% by 2021.

This is against the planned ratio of 96%, underlining the vulnerability of the economy to the growth scenario, particularly in the eurozone area, the UK and the US.

With Troika financing due to end in December, the OECD says the Government should consider international backstop options to provide support in the event of a further unexpected shock that makes market financing unobtainable.

Such facilities are the IMF precautionary credit line, the enhanced conditions credit line from the ESM, or the European Central Banks new - and so far unused - bond buying programme, Outright Monetary Transactions.

It says longer term challenges to budget sustainability come from rising spending pressure in the health system and from the pension system.

On the banking situation, it notes that Ireland has the second highest level of non-performing loans in the OECD.

It says repossession can be an efficient means of dealing with investment property loan defaults, but says it should only be used as a last resort in the case of family homes.

It says while Ireland is generally business friendly, there is still scope for improvements, especially in increasing competition in some sectors such as energy and legal services to reduce the cost of doing business, and reduce permit and licence fees and waiting times.

Future fiscal measures should continue to minimise harm to growth prospects, and it praises the introduction of the residential property tax. 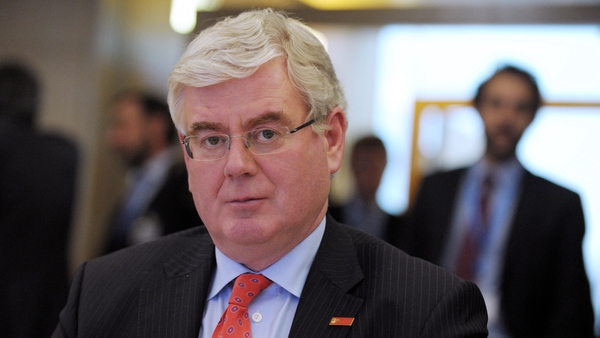