Ceremonies have taken place in the United States to mark the 12th anniversary of the 11 September terrorist attacks.

Almost 3,000 people died in the attacks, which saw three hijacked planes flown into the World Trade Center in New York and the Pentagon in Virginia.

A fourth plane, believed to be headed for Washington DC, crashed into a field in Pennsylvania.

Meanwhile, the US has stepped-up security at its overseas facilities citing an extremist attack in Libya on this day last year.

"The president's national security team is taking measures to prevent 9/11 related attacks and to ensure the protection of U.S. persons and facilities abroad," the White House said in a statement.

Mr Obama's counter-terrorism aide Lisa Monaco has been in charge of reviewing security measures in place for the anniversary.

Four Americans including the US ambassador to Libya were killed in an attack on a compound in Benghazi a year ago.

The administration initially said the assault grew out of anti-Western protests.

Later, however, it turned out that Islamist extremists launched the attack on the 11 September anniversary.

The administration was forced to defend its handling of the events at Benghazi, with critics claiming officials deliberately played down the nature of the attack to protect the president's re-election bid.

The White House said its first reports were based on incomplete information.

Already today an explosion has damaged a Libyan foreign ministry building in Benghazi.

Officials said the car bomb exploded at dawn, badly damaging the ministry office and several other buildings in the centre of Benghazi, but there were no immediate reports of casualties.

"The car had a large amount of explosives and was placed just next to the building," a local security official told Reuters.

Two years after the revolt that toppled Muammar Gaddafi, Libya is deeply split along regional and tribal lines, leaving the central government in Tripoli struggling to control the influence of rival militias and radical Islamists. 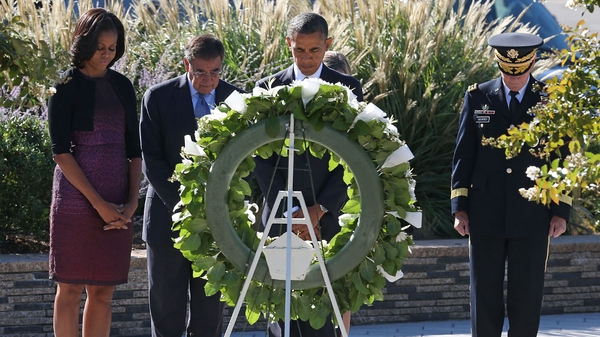