International university rankings show a fall in the standing of most universities in Ireland.

However, Trinity College Dublin has risen in the QS World University Rankings table, from 67 internationally to 61.

National University of Ireland, Galway has also improved its ranking by three places to 284.

QS said austerity measures are a major factor contributing to the overall slide.

QS has compiled rankings tables annually for over ten years.

It bases its assessment on indicators that include reputation, student faculty ratio, and the number of research articles published by staff.

This year out of eight Irish institutions included, six have seen their ranking fall.

QS said that in the last four years there has been a 25% cut in core third level funding.

This has led to a higher student to staff ratio.

QS also said a decline in the reputation of some colleges in the minds of employers is also a factor.

The rankings show that the top ten spots are dominated by British and US universities with MIT and Harvard in first and second place and Cambridge University in third. 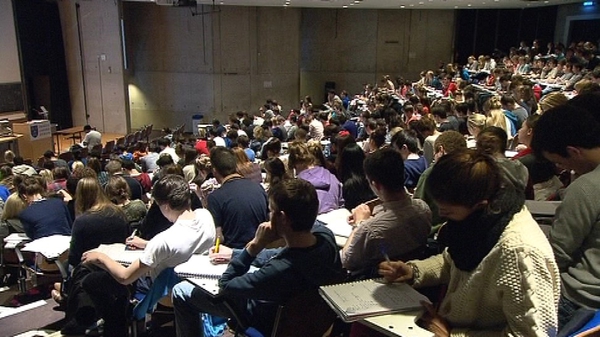