Heavily indebted individuals will now be able to make applications to the Insolvency Service of Ireland in an effort to restructure their debts.

The development means that in some cases people will be able to get some of their borrowings written off if creditors agree to deals.

However, people who avail of the service will have their names published on a register.

From today over-stretched borrowers will be able to apply to the Insolvency Service of Ireland for deals.

However, creditors such as banks can veto agreements.

But lenders then run the risk of borrowers going bankrupt, which could result in heavy losses for banks.

"That lasts for 70 days and after that the practitioner will try and put in place a long term solution in the same way an examiner would for a company."

Mr O'Connor added that current legislation and the ISI system will not deem strategic defaulters to be eligible for an insolvency arrangement.

Asked about the cost of the new system, he said that while the ISI does not have the power to set fees paid to Personal Insolvency Practitioners (PIPs), they do have the power to ensure they are charged in a transparent manner.

In the vast majority of cases fees will be paid out of what is available to creditors. Debtors will not be required to pay upfront fees to practitioners.

However, Director General of Free Legal Advice Centre FLAC Noeline Blackwell thinks that fees will have to be paid upfront in some cases.

Speaking on RTÉ's Today with Sean O'Rourke, Noeline Blackwell said: "A lot of people are going to apply for a personal insolvency arrangements that won't succeed because the main creditor won't accept them.

"In those cases the only way the PIP can get paid is by charging a fee. So we think there's a real possibility that unless it's a clear cut case, PIPs are going to have to charge a fee upfront to advise people in the first place."

David Hall of the Irish Mortgage Holders Organisation said there was an urgent need for more personal insolvency practitioners.

Solution not suitable for everyone

Organisations representing individuals have said they have cases that will be immediately submitted to the insolvency service.

At the Oireachtas Finance Committee last week some banks said they are offering alternatives to insolvency such as split mortgages.

Experts have said it could take as long as a year for the full benefits of the new service to become clear.

Others have suggested that the new scheme may not work for everyone with financial problems.

Also speaking on Morning Ireland, barrister Brian Walker, who trains PIPs, said it will work for certain people but "there's quite a lot" that needs to be done.

He said: "You need to be up to date with your revenue taxes. So a debtor who might be fortunate enough to do a deal with Revenue will still have to keep current taxes up to date for the duration of the scheme and if they fail to do that, the scheme could fail and they could face bankruptcy."

Mr Walker also said there were not enough PIPs to cover the whole country, but said that the number would grow.

People in the scheme can apply for an ex-parte "debt relief notice", which means a debt up to €20,000 can be written-off.

The second option is a "debt settlement arrangement" - where the debtor goes to the PIP who applies to the Insolvency Service for a protective certificate, which will be sent to creditors to say someone is insolvent.

If the Insolvency Service does not approve then the person is deemed bankrupt.

Will take time to be fully operational

Minister for Finance Michael Noonan has said the newly established insolvency service will be sufficient to deal with what is involved in the legislation.

Mr Noonan said he understands that there are several hundred other Personal Insolvency Practitioners in training and that the numbers available to deal with debt issues will climb very quickly. He added that this is the start and that it will take time to be fully operational. 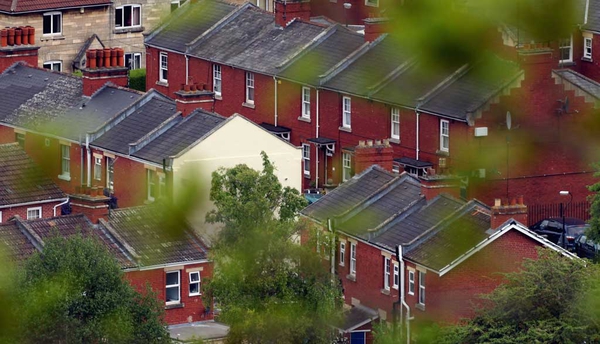