Taoiseach Enda Kenny has pledged to resolve what he described as the "complete injustice" done to residents of the Priory Hall apartment complex in Dublin.

180 families were forced to leave their homes two years ago after fire hazards were identified.

Mr Kenny said it would be unjust if the people had to continue to pay mortgages on their former homes.

Speaking in Co Cork today, Mr Kenny said he wanted the residents to know that he would do something about their situation.

However, he said he wanted a bit more time to get clarity on what was the best thing to do.

He described Priory Hall as "the worst of what happened during the so-called Celtic Tiger years".

Mr Kenny's comments have received a qualified welcome from former Priory Hall residents, many of whom are saddled with large mortgages on homes in which they will never be able to live.

AIB yesterday said it would provide specific supports to assist its mortgage holders at Priory Hall.

Today, Bank of Ireland said that seven or eight former residents at the complex were mortgage holders at that bank.

Speaking at an Oireachtas committee, the bank's chief executive Richie Boucher said that six of these had nominated a third party to liaise with the bank on their behalf.

He said he could not give any commitment to specific supports that Bank of Ireland could offer Priory Hall homeowners, but said the bank would closely watch what other lenders did.

Speaking at the same committee, Ulster Bank’s chief executive Jim Brown said it would work with the residents on a case-by-case basis.

The Priory Hall Residents' Committee has given a cautious welcome to a pledge by Mr Kenny to help the former residents who were forced to leave their homes in the Dublin apartment complex two years ago.

Speaking on RTÉ's Six One News programme, Ursula Graham, spokeswoman for Priory Hall Residents' Committee, said they welcomed the Taoiseach's comments and he must now act.

"I think the need in 2009 was for safe homes. The need hasn't changed in four years. We've had no State intervention.

“The city council as an arm of the State has tried to make us responsible which we aren't. I think, yes while we would welcome Enda Kenny's comments, he needs to step in, he needs to do it now. People want a safe home.

“They're willing and able to pay mortgages. They're all young taxpayers and I think we should maybe look at some sort of facility where the lending institutions could facilitate a mortgage transfer."

Ms Graham said Mr Kenny as been aware of the situation since 2009 when she wrote to him personally as the leader of Fine Gael and there is still no solution.

In relation to proposals to rebuild the complex, Ms Graham said: "There's huge concern over that because as I say I'm €20,000 more in debt than I was the day I left Priory Hall. If we have to look at a rebuild scenario, I may be €40,000 or €50,000 more in debt again I get to move back to Priory Hall.

“I wouldn't be able to make them repayments and also I wouldn't feel the same about living in Priory Hall. It's not the dream home I saved and I bought back in 2007."

She noted an appeal to the Supreme Court by Dublin City Council against paying the temporary accommodation costs for residents.

She said she has a moratorium on her mortgage but she owes 20,000 euro more today since leaving Priory Hall.

She said AIB's comments before the Oireachtas Finance Committee on the Priory Hall mortgage situation and the need for family homes were very positive and it was hoped other lending institutions would take AIB's lead. 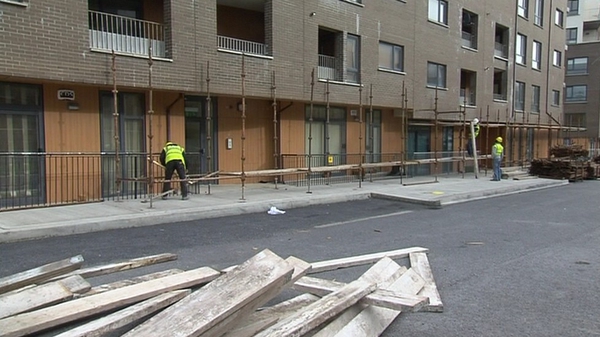