Electric Ireland has announced that its gas prices will increase by 2% from 1 October.

It said this would result in an average increase of €0.35 per week on the average residential gas bill.

Electric Ireland said: "The price increase is primarily due to the increase in regulatory approved charges recently announced by The Commission for Energy Regulation (CER) which are outside the control of Electric Ireland.

"These charges are applicable to all gas consumers regardless of supplier and relate primarily to the networks costs of transporting gas over the gas networks system and into customers' homes."

Meanwhile, there has been widespread criticism following the decision to grant Bord Gáis permission to increase prices by just over 2% from next month.

Bord Gáis customers will pay around €18 extra per year from October.

Age Action has called on the Government to act in the forthcoming Budget to ensure older people can afford to heat their homes to a safe level this winter.

Spokesman Eamon Timmins said the reduction in fuel supports for older people in recent budgets had left some people struggling to heat their homes.

The Society of St Vincent de Paul has described the price increase as disappointing.

Bord Gáis wanted to impose a 7% rise from October on its 380,000 customers, but the Commission for Energy Regulation ruled that it will have to make do with a 2% rise.

This increase will see users edge closer to paying an average of €1,000 per year.

Elsewhere, Minister for the Environment Phil Hogan has told Irish Water to make provision for a free water allowance for households once new water charges are introduced nationwide.

Speaking on RTÉ's Today with Seán O Rourke, Mr Hogan said he wanted the free allowance to be based, in part, on the occupancy rate per household.

"Teenagers use a lot of water," he said.

Mr Hogan said the Commission for Energy Regulation was working on the technical details of how this might work.

A public consultation process is to begin shortly. 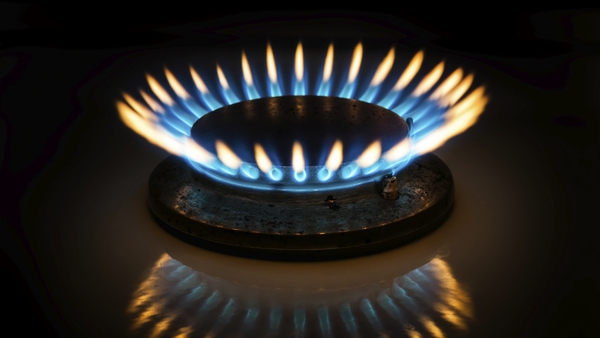 Bord Gáis price hike of over 2% from October