The UK is the "addiction capital of Europe", with some of its highest rates of opiate addiction and dependence on alcohol, a major new report warns.

Alcohol and drug abuse costs the UK £21bn and £15bn respectively, with an increasing addiction crisis fuelling the breakdown of society, according to Centre for Social Justice (CSJ) think-tank.

It says people can buy class A drugs such as heroin and crack cocaine from mail-order websites.

The report highlights spiralling alcohol-related hospital admissions in England, which have doubled in a decade, and warns Britain faces "an epidemic of drink-related conditions".

The government response has been "bureaucratic and inadequate," the CSJ claims.

It says alcohol dependence among British women is the highest in western Europe while men lie in 2nd after Norway. One in four adults in England drink to harmful levels, and one in 20 are "dependent".

Alcohol-related deaths have doubled since 1991 across the UK, and liver disease is now one of the "big five" killers, alongside heart and lung disease, cancer and strokes, according to the study.

It also found a stark North/South divide in the problem of alcohol abuse, with 26 of the 30 local authorities with the highest rate of alcohol-related admissions in the North.

The CSJ says the UK has become a hub for websites peddling "legal highs" or "club drugs" such as Salvia or Green Rolex, which are ordered online and distributed around the country by postmen and couriers who unwittingly become drugs mules.

The CSJ criticised the government for what it calls an "inadequate response to heroin addiction", saying that more than 40,000 drug addicts in England have been stranded on the substitute methadone, which is used to wean addicts off heroin.

"From its impact on children to its consequences for pensioners, dependency destroys lives, wrecks families and blights communities."

The CSJ's report, No Quick Fix, found that the UK has Europe's highest rate of addiction to opiates, such as heroin, and the highest lifetime-use of amphetamines, cocaine and ecstasy.

More young people have used "legal highs", or new psychoactive substances (NPS), in the UK than anywhere else in Europe, representing a quarter of the European total.

The think-tank criticised the government's response to the growing crisis as "bureaucratic and inadequate", saying that while it had used temporary banning orders three times to control approximately 15 substances since 2010, during this time more than 150 new substances have emerged and are available in shops and online.

It found that almost a third of people in England on drug-substitute prescriptions such as methadone had been on them for four or more years, and one in 25 for more than 10 years.

The CSJ said the government had recognised the dangers of excessive drinking, but criticised its failure to tackle cheap alcohol through minimum unit pricing or a "treatment tax", with revenue put into treatment for addicts.

Noreen Oliver, chairwoman of the CSJ review, said: "This report lays bare the stark reality of drug and alcohol addiction, and abuse, in the UK today.

"Despite some slow progress in this last three years, much more needs to be done to tackle the root causes of addiction so that people have a better chance of breaking free.

"Alcohol is taking an increasing toll across all services in the UK and new emerging drugs are causing more harm - all the while funding to rehabilitation centres is being dramatically cut and methadone prescribing is being protected." 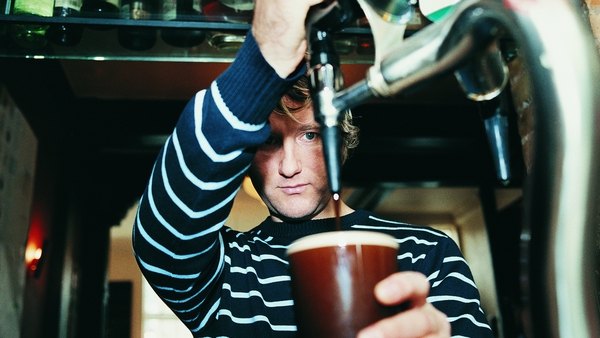