One of the largest California wildfires in decades is burning largely out of control for a tenth day through forests in and around Yosemite National Park.

The fire has moved perilously close to a reservoir that provides most of San Francisco's water supply.

The eastern flank of the Rim Fire had burned to within less than 1km of Yosemite's Hetch Hetchy reservoir on the Tuolumne River by midday (8pm Irish time).

That has raised concerns about the possibility of ash contaminating the sprawling artificial lake.

The reservoir supplies 85% of the water consumed by 2.6 million people in San Francisco and several surrounding communities 320km to the west.

But the fire has already damaged two of the three hydropower generating stations linked to the reservoir, which supplies electricity for all of San Francisco's public facilities.

Ms Gautier said the city was continuing to draw on reserve power stored for emergencies and purchasing additional electricity on the open market to make up for the difference.

Despite threats to water and power, firefighters have made headway against the blaze.

However, fire managers said rugged terrain and the fire's remote location were complicating efforts to subdue the flames.

"There are places where they can't get in," said Mike Ferris, a spokesman for the National Interagency Fire Center in Boise, Idaho. "It's just inaccessible."

Governor Jerry Brown declared a state of emergency for San Francisco on Friday due to threats to the city's water supply.

He plans to visit the fire zone later today to meet fire managers and firefighters. 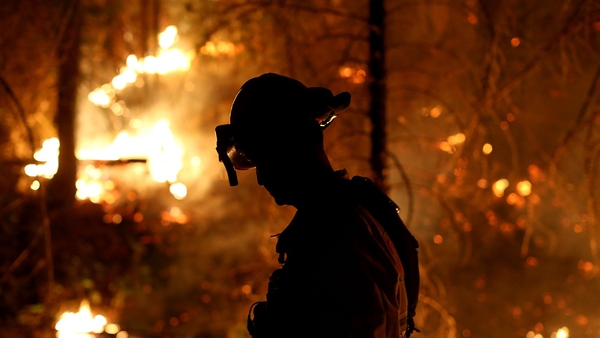