Irishman Steve Redmond is attempting to swim 50 miles across the Irish Sea from Wexford to Wales.

Mr Redmond left Carne Pier in Wexford just after 10pm tonight and is facing a 35-hour swim to Pembrokeshire.

He will be guided by two support vessels, but he is not allowed to touch the vessels at any stage.

Mr Redmond is doing the swim for the RNLI and has previously completed the Oceans Seven challenge. 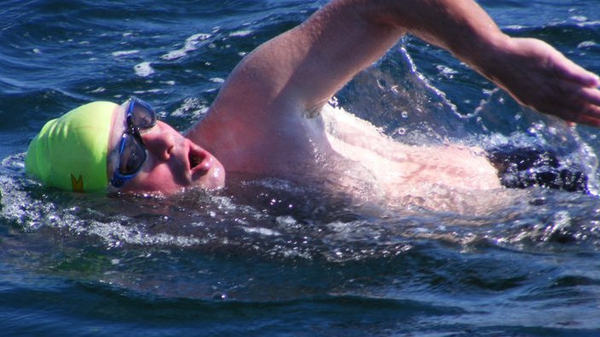