Describing the measures as "a victory of sorts" for Mr Snowden and his supporters, Mr Assange said in a statement: "As Snowden has stated, his biggest concern was if he blew the whistle and change did not occur."

"Well reforms are taking shape, and for that, the President and people of the United States and around the world owe Edward Snowden a debt of gratitude."

Mr Assange rejected President Obama's assertion that his reforms were planned before Mr Snowden's disclosures about US surveillance activities.

"The simple fact is that without Snowden's disclosures, no one would know about the programs and no reforms could take place," he said.

Mr Assange accused the US government of "stunning" hypocrisy in its treatment of Mr Snowden while it gave asylum to thousands of dissidents, whistleblowers and political refugees from countries like Russia and Venezuela.

He accused the Obama administration of prosecuting "twice as many" whistleblowers as all other US administrations combined, in spite of the president's 2008 campaign pledge to champion transparency and those who fought for it.

He said it was fortunate for the world that Mr Snowden and others "of good conscience," like Private First Class Bradley Manning - who was convicted last month of leaking classified data to WikiLeaks - had chosen not to remain silent.

The Obama administration has vigorously pursued Mr Snowden to bring him back to the US to face espionage charges for leaking details of US surveillance programs to the media.

Mr Snowden is now in Russia, where he has been granted asylum.

Mr Assange himself is wanted in Sweden on sexual abuse allegations he denies.

He has been holed up at the Ecuadorean Embassy in Mr London for more than a year, fearing extradition to the US for publishing classified US documents, 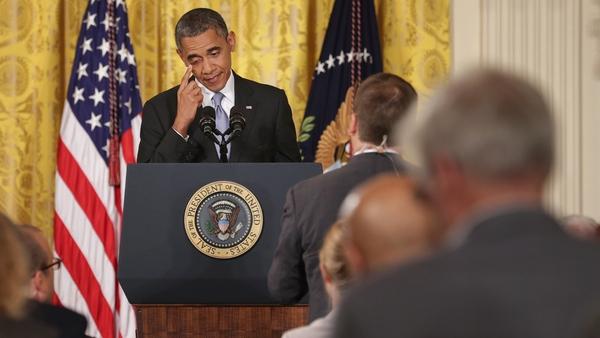