Management at Letterkenny General Hospital has said the clean-up operation following flooding there two weeks ago is going to schedule.

Modular units which will house a temporary emergency department arrived on site today but no date has been given as to when the unit it will be functional.

About 60% of outpatient capacity has been restored and some services such as maternity are 100% operational.

However the hospital’s clinical director, Dr Paul O'Connor, said the cancellation of a lot of scheduled surgery will have a detrimental impact on waiting lists but they will do their best to deal with that.

Independent reports on the cause and impact of the flood have not been completed.

HSE director of communications Paul Connors said there was engagement with Donegal County Council in relation to flooding prior to the construction of the new Emergency Department.

He was responding to a report in the Donegal News suggesting that a condition of planning relating to flood attenuation measures was not submitted in writing during the planning process.

Mr Connors said the issue was addressed with the Council. 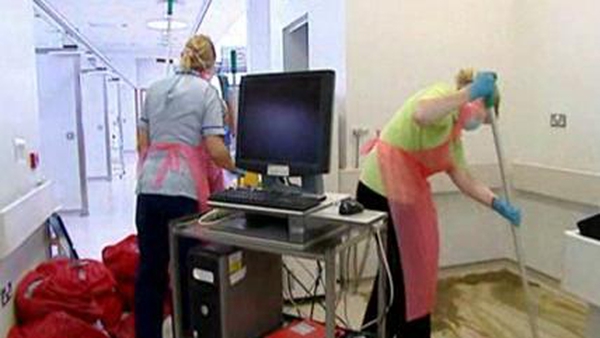