Dublin Bus has said that services are not operating tomorrow, Bank Holiday Monday, due to industrial action by drivers and other staff.

The company tweeted an update earlier:

"*Service Update* Due to industrial action, services will not operate tomorrow, Mon 5th Aug. Apologise for any inconvenience."

Minister for Transport Leo Varadkar has said the Dublin Bus strike is counter-productive.

Mr Varadkar said the industrial action is targeting people in Dublin for whom there is no alternative to public transport in many cases.

He said if the strike continues into next week, it will "threaten the jobs of people in Dublin who don't have the job security or protection that Dublin Bus workers do".

Mr Varadkar said an intervention is possible but only if it's likely to lead to a solution. He said negotiations have been ongoing for 14 months and the company is implementing a Labour Court recommendation.

Dublin Bus workers began an all-out strike in a row over cost-cutting measures. The company's plan is part of a Labour Court recommendation aimed at saving €11.7m.

The strike began at midnight when Nitelink services were cancelled.

Management introduced cost-cutting measures from today, saying it could wait no longer after 14 months of negotiations as it needs to protect jobs.

The measures involve pay-cuts for executive and management grades, longer working-hours and cuts in annual leave for clerical staff and management.

There is no cut to core pay for drivers, but there are reductions to overtime rates, premium payments and changes to rosters, in particular to accommodate new summer timetables.

Drivers and other staff involved in the strike say the changes are unacceptable.

Workers at Irish Rail have indicated that they will lend their support to Dublin Bus workers if the dispute is not resolved.

Earlier, Mr Varadkar in a statement expressed regret at the dispute and called on trade unions to rethink and end the industrial action.

"I urge the trade unions to reconsider their position and call off this action. Both sides should do everything to agree the necessary savings in order to protect existing service levels," he said.

The strike's first day coincides with a busy calendar of August holiday weekend events, including the Kerry v Cavan and Mayo v Donegal All-Ireland Gaelic football quarter-finals at Croke Park as well as the Oxegen music festival in Co Kildare.

In another statement, Minister for Public Transport Alan Kelly described today's strike as a "bad day for public transport in Ireland."

"If there is a better way to achieve the level of savings required to secure the future of Dublin Bus, then these need to be tabled and discussed as soon as possible so the public can use the transport service in Dublin," Mr Kelly added.

However, Fianna Fáil transport spokesman Timmy Dooley claimed that both ministers were to blame for the dispute because of a "hands-off approach".

"Today's dispute is a damning indictment of a senior Minister, in Leo Varadkar, who seems determined to weaken the hand of workers and pursue a privatisation agenda and a junior minister, in Alan Kelly, who has shown no interest in averting this strike action and standing by Dublin Bus workers and passengers.

"I believe this action was entirely avoidable and will be resolved in the days ahead but the stunning lack of leadership on the part of Ministers Varadkar and Kelly is extremely significant. Their hands-off approach has the potential to lead to further disruption in the public transport network with strike action now hanging over Irish Rail," argued Mr Dooley.

"Both sides in today's dispute have said they are prepared for further negotiations. I have been calling on the Government to bring these parties together and Ministers Varadkar and Kelly have utterly failed in this regard, at great expense to passengers, the company, workers and the economy." 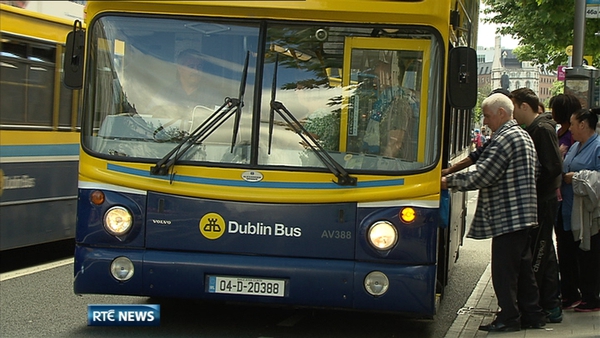