New tests on the remains of a preserved body found in a Co Laois bog have revealed that it is the oldest bog body ever discovered in the world.

The body was found by a Bord na Móna worker milling peat in 2011.

It was initially believed that the remains were those of a young female which were around 2,500 years old.

However, a series of recent tests have revealed that it is the body of a male, which dates back as far as 2000 BC.

The chemical makeup of bogs can preserve human bodies for thousands of years.

Older bog bodies have been discovered elsewhere but none as mummified or as well preserved as this example.

Archaelogists said the body which is believed to be a member of historic royalty, was almost certainly put to the sword by his own people.

The body is missing its head, which has never been recovered. 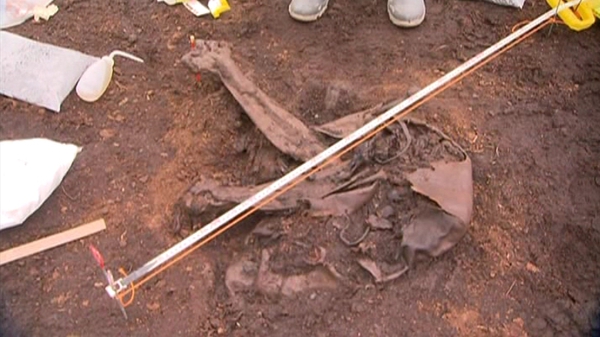