New revelations from former US spy agency contractor Edward Snowden that US intelligence agencies have access to a vast online tracking tool have emerged.

Citing documents from Mr Snowden, the Guardian described the program as the NSA's widest-reaching system that covers "nearly everything a typical user does on the Internet."

Intelligence analysts can conduct surveillance through XKeyscore by filling in an on-screen form giving only a "broad justification" for the search and no review by a court or NSA staff, the newspaper said.

Mr Snowden's disclosures to media that US intelligence agencies collected data on phone calls and other communications of Americans and foreign citizens as a tool to fight terrorism have sparked uproar in the United States and abroad.

The secret NSA slide show from 2008, posted by the Guardian on its website, showed that XKeyscore allowed analysts to access databases that collect and index online activity around the world, including searching for email addresses, extracted files, phone numbers or chat activity.

Meanwhile, Mr Snowden's father said this morning he was willing to agree to a request by the FBI to fly to Moscow to see his son.

However, he said he first needed to know what the security services wanted.

Lonnie Snowden told state-owned Russian 24 television the FBI had suggested a "few weeks ago" that he should travel to Moscow to talk to his son.

Edward Snowden faces espionage charges in the US for exposing secret surveillance programmes.

He has been stuck in the transit zone of Moscow's Sheremetyevo Airport since arriving from Hong Kong more than a month ago.

His father has had no direct contact with him.

"I received this suggestion [from the FBI to travel to Moscow] a few weeks ago, and I have yet to decline it," Lonnie Snowden said, his English translated into Russian.

He added that he would first like to know what the FBI wanted him to do.

He said he believed his 30-year-old son, who has applied for temporary asylum in Russia after the cancellation of his travel documents meant he was unable to travel on to a preferred destination in Latin America, was better off in Moscow.

"If he wants to spend the rest of his life in Russia, I would agree. I am not against it," he said.

"If I were in his place, I would stay in Russia, and I hope that Russia will accept him."

Lonnie Snowden again said he did not think his son would get a fair trial in the United States because of "what happened in the last five-six weeks".

"I hope that he will return home and appear in court ... But I don't expect that ... a court would be fair. We cannot guarantee a fair court."

The Russian lawyer helping Edward Snowden, Anatoly Kucherena, told the programme he thought his asylum request would be granted "in the coming days", and that the US had failed to send an official extradition request.

"If you want [to have Snowden handed over], you should adhere to the law, so send, according to existing rules of cooperation between states, a corresponding legal document, correctly filled out. But there is no such thing," said Mr Kucherena, a lawyer who is close to the Kremlin.

"Just saying 'hand him over' is absolutely dishonourable and incorrect." 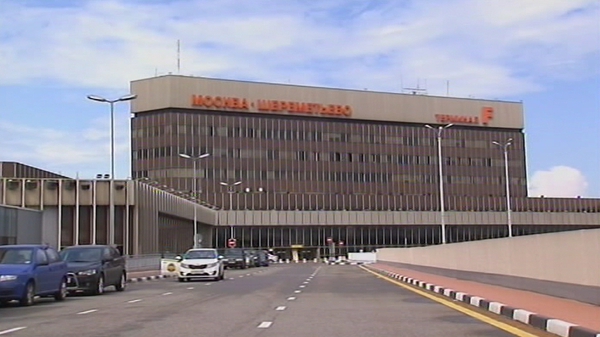 Snowden has 'no plans' to leave Russia