A group linked to al-Qaeda has said it orchestrated a wave of car bombings across Iraq that killed at least 60 people yesterday.

The bombings are said to be in revenge for the mistreatment of the country's Sunni community.

The Islamic State of Iraq and the Levant, which was formed earlier this year through a merger between al-Qaeda's affiliates in Iraq and Syria, has taken responsibility for the attacks.

The group said in a statement posted online it had carefully selected its targets, which were mainly Shia’s.

The 17 blasts were the latest in a relentless campaign of bombings and shootings that have killed more than 4,000 people since the start of the year.

Nearly 900 people have lost their lives in militant attacks in July alone.

Hundreds of convicts ran free after insurgents attacked two high-security prisons last week, raising questions about the ability of Iraq's security services to combat al-Qaeda, which has been regaining momentum in its insurgency against the Shia-led government.

"The latest operations came at the height of security deployment after the blessed operations to break the chains of the lions in Abu Ghraib and Taji jails," read the statement.

The groups said yesterday's attacks were just part of the "heavy price" the government would pay for its mistreatment of the Sunni minority, which resents the Shia domination of Iraq since the US-led invasion that overthrew Saddam Hussein in 2003.

Sectarian tensions in Iraq and the wider region have been inflamed by the civil war in neighbouring Syria, where mainly Sunni Muslim rebels are fighting to overthrow a leader backed by Shia Iran. 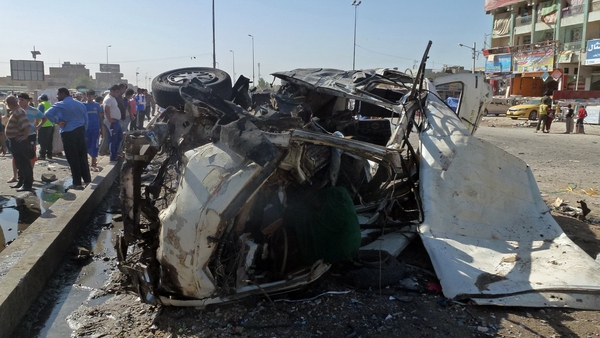