President Michael D Higgins has decided not to refer the Protection of Life During Pregnancy Bill to the Supreme Court and has signed it into law.

A meeting of the Council of State was held yesterday at Áras an Uachtaráin to consider the bill.

President Higgins held four hours of discussions with the council before making his decision.

He had until tomorrow to either sign the bill into law or refer it to the Supreme Court to assess its constitutionality.

Tánaiste Eamon Gilmore said the decision is a key milestone in Irish Law.

He said: "The enactment of this legislation, 21 years after the Supreme Court ruling on the X Case, is a historic moment, particularly for the women of Ireland.

"The core purpose of this legislation is about saving women's lives. It is about providing for a very basic human right."

The Pro Life Campaign has said the passage "is a very sad day for our country" and "for the first time in our history makes it legal to deliberately target the life of an innocent human being".

Caroline Simons said: "Despite what the Taoiseach and others claim, the new law is life-ending not life-saving.

"The Government brought forward this law in the full knowledge that abortion is not a treatment for suicidal feelings and ignored all the peer reviewed evidence showing that abortion has adverse mental health consequences for women." 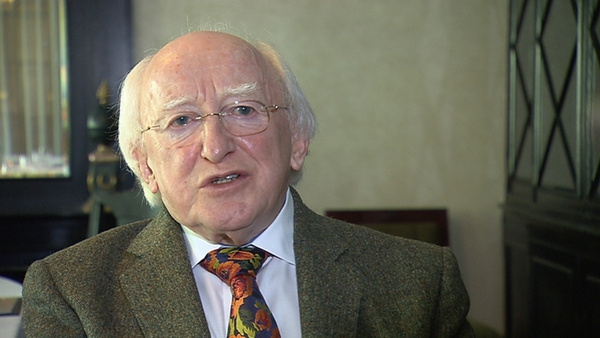