The Irish Coast Guard has said there is no pollution risk from the sail training vessel Astrid, which sank off Kinsale.

The Dutch-registered vessel was blown onto rocks by strong winds and 30 people had to be rescued as it took on water.

Speaking to RTÉ's Morning Ireland, Hugh Barry, pollution and salvage officer with the Irish Coast Guard, said there was no indication that the ship's hull was broken up and it seemed to be "holding fast" in its current position.

Mr Barry said there was no sign of any diesel pollution.

He said the diesel would break up and disperse in the current harsh weather conditions off Kinsale.

Mr Barry said that a report from the Irish Naval Service indicated that only the mast of the Astrid was visible above water.

Specialist salvage divers who have examined the Astrid believe it is a wreck and will not sail again.

The Irish Coast Guard will contact the vessel's owners and ask them to outline any plans to salvage the ship.

Mr Barry said the Irish Coast Guard will have to approve any salvage plan, which he said would be "challenging" given the close proximity of the stricken vessel to the shore. 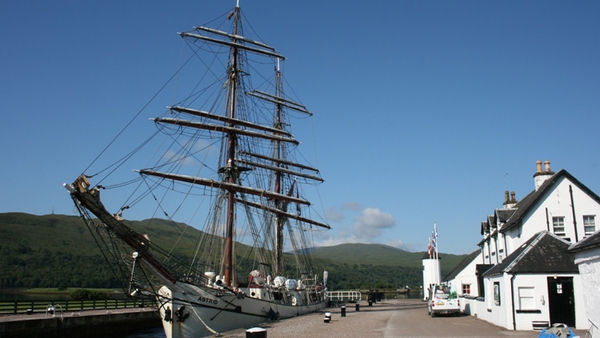