A new Freedom of Information Bill published today will make it an offence to deliberately destroy a record that is the subject of an FOI request.

The Freedom of Information Bill 2013 was released by Minister for Public Expenditure and Reform Brendan Howlin.

It will be an offence to "wilfully and without lawful excuse" either destroy or alter a record that is the subject of an FOI request.

In addition, a director or member of management may be guilty of an offence if the offence was committed with their consent or through "wilful neglect".

In 2003, under the Fianna Fáil-led government, the original 1997 Freedom of Information legislation was restricted and the fees chargeable for information were increased.

Mr Howlin said the new legislation would reverse what he called the substantive restrictions on Freedom of Information introduced in 2003.

He said it also confirms that there is a general right of access to records held by public bodies and that right should only be set aside where exemptions clearly support a refusal of access.

The minister stated that the bill was central to delivering the Government's reform agenda of securing greater openness, transparency and accountability in public governance.

The legislation published today extends FOI to all public bodies, as well as some non-public bodies where they are significantly funded by the Exchequer.

However, the bill provides for some exemptions so as not to diminish the ability of such bodies to perform their core functions, or in the interests of the security or financial interests of the State.

Among the exempt agencies are semi-states, including An Post, Coillte, ESB, Bord Gáis, Bord na Móna, CIE, the DAA, the Irish Aviation Authority, Irish Water, the VHI and a number of harbour companies.

Among those receiving partial exemptions are NAMA, the NTMA, An Garda Síochána, the Central Bank, the Labour Relations Commission, the Labour Court, the Insolvency Service of Ireland and the various Ombudsmen.

The legislation also provides for applying FOI to data held in electronic form and reduces the fees for certain reviews and appeals.

The bill provides for the enhancement and clarification of the powers of the Information Commissioner, including a provision permitting the commissioner to apply for a court order requiring public bodies to comply with a binding decision by that commissioner.

The Government plans to enact the FOI legislation in the autumn in parallel with the introduction of an FOI code of practice.

It will apply retrospectively to 21 April 2008. 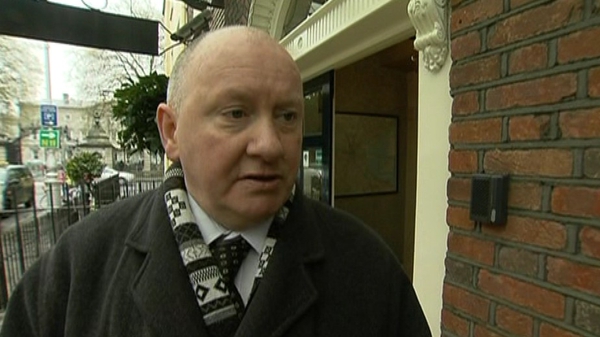 NUJ calls for Freedom of Information fees to be abolished