The Seanad has passed the final stages of the Government’s Protection of Life During Pregnancy Bill by 39 votes to 14.

The measure will now go to President Michael D Higgins for signature.

Minister of State at the Department of Health Alex White has hailed the bill as a significant landmark vindicating an important human right.

Mr White said: "This issue has always been one that relates principally to women's lives. I believe strongly that it is also an issue of women's rights."

Earlier, there were angry exchanges with the Government claiming once more that language used by Fianna Fail's Jim Walsh was bringing the Seanad into disrepute.

Mr White also said he hopes there will be a referendum in the not too distant future to extend abortion legislation. 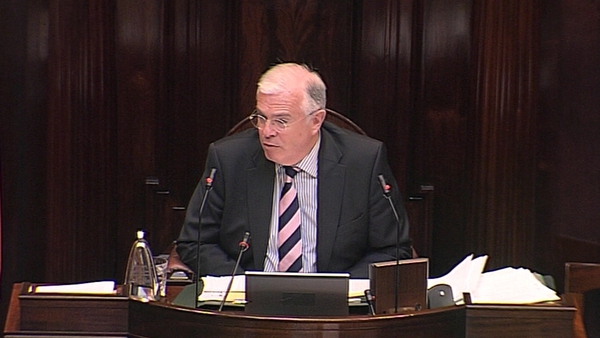