Speaking on RTÉ radio, Mr Doherty was responding to Taoiseach Enda Kenny's denial that he misled the Dáil regarding his contact with executives from Anglo Irish Bank.

Mr Doherty said that the story was being used as a "distraction" by Fianna Fáil.

He said that meetings between opposition politicians and banking officials go on "regularly", and that he himself had met with representatives from Ulster Bank, and the CEO of AIB, for "heated exchanges".

However, Mr Doherty said the fact that Mr Kenny had not divulged this information as part of recent statements was "questionable" and had "raised question marks over the content" of those discussions.

"I think if he was upfront and said that yes, he met with them, then of course that would be acceptable and that would be understandable," Mr Doherty said.

However, Mr Doherty said that Fianna Fáil leader Micheál Martin has "got a cheek" calling for a statement from the Taoiseach when he would not make a statement himself. 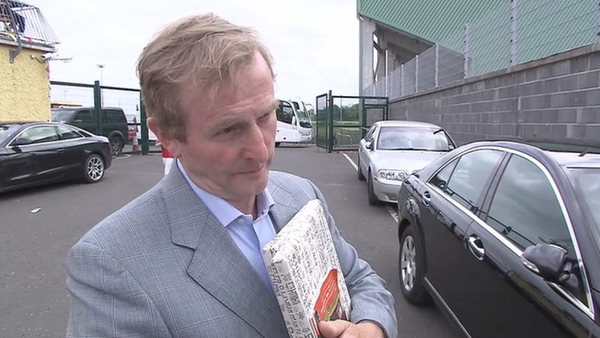