The International Monetary Fund has distanced itself from comments made by the former IMF chief of mission to Ireland suggesting Ireland should reconsider its approach to austerity.

Speaking on RTÉ's This Week yesterday, Professor Ashoka Mody said there was an immediate need for innovative alternatives to austerity.

In a statement in response to his comments, the IMF said Ireland's programme, "supported by the EU-IMF, has steadily reduced the fiscal deficit from unsustainably high levels through a consolidation effort that is phased over five years."

It said there has been "an unavoidable drag on Ireland's growth".

However, it added that "other factors have also weighed on growth, including the notably worse external environment and the efforts of the private sector to reduce its high debts".

The IMF said there is no evidence that Ireland's fiscal austerity measures were self defeating.

It said Ireland's return to market financing was an indication of the credibility of Ireland's phased approach to fiscal consolidation.

"Mr Mody has retired from the IMF and his views do not represent the Fund's position," the statement added.

Also responding to Prof Mody's comments, Tánaiste Eamon Gilmore said the Government will decide how to use the €1bn savings from the deal on the Anglo Irish Bank promissory note when it drafts the Budget later this year.

Mr Gilmore said the Government would underpin in the Budget its strategy of boosting the domestic economy to produce growth.

Minister of State for Public Service Reform Brian Hayes dismissed Prof Mody's recommendations, saying his views were not the same as those of the IMF.

Mr Hayes said that Prof Mody's opinions were based on the assumption that Ireland had an alternative to its current course of action.

He said that to follow his recommended course would be to take "a gamble with money we don't have".

Mr Hayes questioned whether Ireland could obtain funding to bridge the gap between its income and expenditure if it took a break from the current programme of austerity.

Sinn Féin Finance Spokesperson Pearse Doherty this morning said it is not acceptable for the Government to refuse to factor in the €1bn saving in the Budget.

Speaking on RTÉ radio, Mr Doherty said he agreed with Prof Mody, to the extent that he believes that austerity is an experiment that has failed.

However, Mr Doherty said he disagrees with Mr Mody's contention that there should be a period with no fiscal consolidation whatsoever.

He said that Sinn Féin wants to see a policy of debt reduction that would go hand in hand with stimulating employment.

He said that despite what he called "posturing", he expects that the Government will deliver another austerity budget. 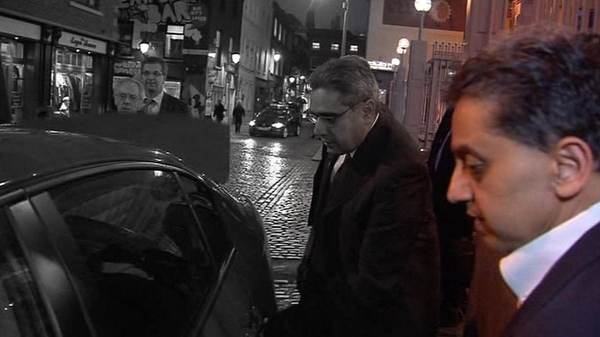