British MPs have criticised Irish and UK authorities for not bringing prosecutions over the horsemeat scandal.

The House of Commons Environment, Food and Rural Affairs Committee accused Ireland and Britain of failing to acknowledge the extent of fraudulent and illegal activity in the frozen and processed meat sector.

It made its comments in a report out this morning, which followed a series of parliamentary hearings in Britain.

Various meat producers, retailers and food safety regulators, including the Food Safety Authority of Ireland, gave evidence to MPs about the contamination of beef products with horsemeat.

The report said: "The evidence we received from retailers and food processors in the UK and Ireland suggests a complex, highly organised network of companies trading in and mislabelling frozen and processed meat or meat products in a way that fails to meet specifications and that is fraudulent and illegal.

"We are concerned at the failure of authorities in both the UK and Ireland to acknowledge the extent of this and to bring prosecutions.

"We are dismayed at the slow pace of investigations and would like assurance that prosecutions will be mounted where there is evidence of fraud or other illegal activity."

The MPs acknowledged that horsemeat contamination was limited to a "relatively small" number of beef products sold in the UK, with 99% of products tested containing no horse DNA.

It expressed "surprise" that in EU-mandated tests 14 out of 836 samples of horsemeat from the UK tested positive for the painkiller bute, which was the highest number of positive tests in the EU.

The committee said there were clearly "many loopholes" in the current system of horse passports and called for assurances that horse movements within the UK and between the UK and Ireland were being properly monitored.

Minister for Agriculture Simon Coveney said there have been no prosecutions yet because it takes time to put a case together.

Speaking on RTÉ's Morning Ireland, Mr Coveney said he wanted to secure prosecutions, but that he would not go to court unless he was sure he could win.

He said he was pursuing one company that deliberately put false labels on products and he said he was taking legal advice about how to secure the prosecution.

The minister said Ireland acted quickly and swiftly to get to the bottom of the horsemeat crisis.

A member of the committee said criticism of Ireland had been "toned down" in the final draft of the report.

SDLP MP Margaret Ritchie said that some other members of the committee had been very critical of Ireland and felt that it was not doing enough.

However, Ms Ritchie said that the final report had acknowledged that the FSAI and the Government have identified the problem and she said that the report was more critical of the British government's performance.

Nevertheless, she said concerns remained at the absence of prosecutions in Ireland and Britain.

Ms Ritchie said the scandal highlighted the need for greater co-operation between British and Irish authorities and closer cross-border cooperation in Ireland. 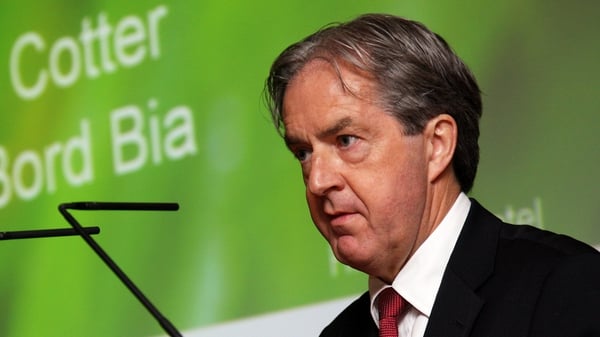