The Protection of Life During Pregnancy Bill has begun its passage through the Seanad.

Six days have been set aside for its completion.

If there are no amendments to the legislation in the Seanad, it will then go to President Michael D Higgins for signature.

President Higgins can either decide to sign the bill into law or, after consulting the Council of State, to refer it to the Supreme Court to check its constitutionality.

If the Supreme Court approves the legislation, its constitutionality cannot subsequently be challenged.

However, if the Seanad does pass amendments, the Dáil will have to be brought back from its summer recess to approve or reject them.

Independent Senator Rónán Mullen objected to proposals to limit each senator to ten minutes of speaking time on the bill.

Senator Mullen said he did not intend to "engage in any long-windedness or filibustering", but he felt 20 minutes each, as in the Dáil, would be more appropriate.

The limit was suggested by the Leader of the House, Senator Maurice Cummins.

The Seanad committee stage will be held on Wednesday and Thursday.

The report and final stages are to be covered on Monday and Tuesday of next week.

Five Fine Gael TDs objected to the bill during its passage through the Dáil last week and more objections are expected in the Seanad.

At least two Fine Gael senators are expected to vote against the legislation, thereby losing the party whip. 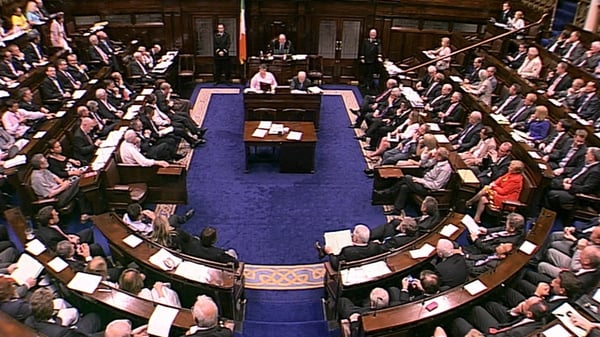