The widow and mother of ten was killed after she was abducted by the IRA from her home at Divis Street flats in Belfast in December 1972.

The two men behind the Belfast Project archive at Boston College have revealed they have discovered a number of war diaries of regiments who were operating in the Divis Street flats at the time.

The diaries are exempt from the 30-year rule and will not be released until 2059.

Ed Moloney and Anthony McIntyre have invited the McConville family to lodge a joint Freedom of Information request to have the papers released.

Michael McConville told RTÉ News that his family was "all for" anything that would reveal further information on their mother’s disappearance and murder.

He said he would examine the detail of what Mr Moloney was suggesting regarding the joint request, but said at present he is positively disposed to it.

Speaking to RTÉ's This Week, Ms O'Loan said that she did not know if the documents under embargo were available to her investigation in 2006.

She said that the police investigating the murder of Mrs McConville will now be aware of the documents and have a duty to acquire them.

Ms O'Loan said processes can be followed by police that will help secure documents, as had been demonstrated by the PSNI in its efforts to secure interviews from the Boston College archive.

She said that the state is obliged to protect life, adding information in the war diaries that could put people in jeopardy should not be released.

Mr McConville said that he had no concerns about what could be revealed in the war diaries at Kew.

He said his family is confident their mother was not an informer and said there is no evidence to suggest she was. 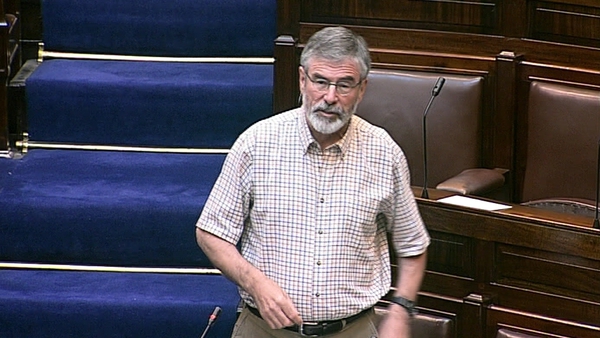