A man's body has been found at the scene of a suspected gas explosion in Killarney, Co Kerry.

Gardaí had been searching for 59-year-old businessman James Gleeson, who owned the laundrette that was damaged by the explosion yesterday morning.

Mr Gleeson ran laundrette businesses and a supermarket in the town for many years.

The body has been taken to Kerry General Hospital in Tralee.

The explosion, which caused extensive damage, is thought to have been caused by a gas leak, but this has not been confirmed.

Inspectors from the Health and Safety Authority visited the scene yesterday afternoon. 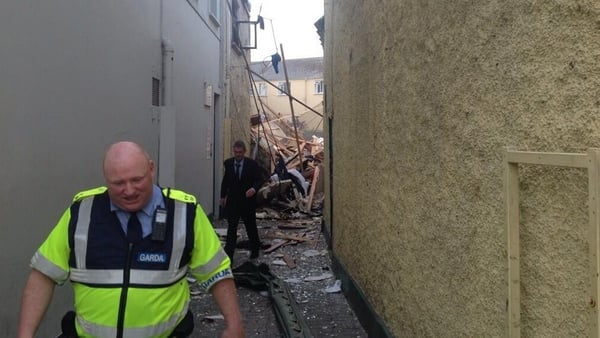