There are reports in Spain that an Irishman has been injured in a stampede at the start of this morning's San Fermin bull run in Pamplona.

Spanish television station RTVE said the Irishman suffered a chest injury after he was crushed at the narrow entrance to the bullring.

At least one person was seriously injured, local medical officials said, and three are being treated for injuries from falling or being trampled.

Others caught in the pile-up are being attended to in the bullring. Health officials said four people had been taken to hospital.

Three men were gored during yesterday's run, including a US tourist who had his spleen removed.

In the week-long festival, bulls chase hundreds of runners through the town's narrow streets at 8am each day. 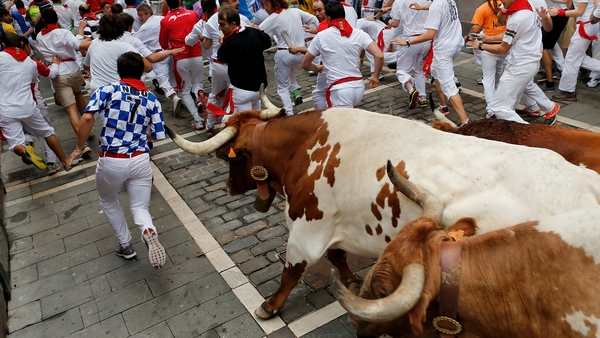