Ratings agency Standard & Poor's has upgraded its outlook on Ireland's credit rating, saying its debt may fall faster than expected.

The move is seen as a boost for European Union hopes for a bailout success story. The upgrade to positive from stable on Ireland's BBB-plus rating comes ahead of a planned year-end exit from its EU/IMF bailout.

It backs Ireland's status as Europe's strongest bailed out economy amid political turmoil in Portugal and Greece.

The upgrade will also fuel expectations that Moody's, the only major rating agency that rates Irish sovereign debt as non-investment grade, could at least take the country off negative watch in the coming months.

"The outlook revision reflects our view that Ireland's general government debt burden is likely to decline more rapidly, as a percentage of GDP, than we had previously expected," S&P said in a statement.

"Ireland's economic recovery is under way," it said.

S&P said it saw more than a one-in-three probability it would raise Ireland's credit rating during the next two years, citing expectations that national debt will fall from 122% of GDP in 2013 to 112% by 2016.

It also praised the "strong consensus" among the country's largest political parties for fiscal consolidation and reform.

"When you look at some of the cliff-hangers we have had in the rest of the periphery, Ireland has kept its head down and got on with it and I think that has been recognised," said Philip O'Sullivan, chief economist at NCB Stockbrokers.

"What S&P has done today illustrates the widening gap between the Moody's stance and how many others on the market view the country. We see a Moody's upgrade as a question of when, not if."

Data recently showed Ireland had unexpectedly gone into recession for the first time in four years.

The country's flexible, open economy and favourable demographics means it has the potential to grow by 2%, it said.

Standard & Poor's had the country on negative outlook until February, when the Government struck a long-awaited deal with the European Central Bank allowing it to convert promissory notes into long-term bonds.

That effectively gave the Government far longer to repay debts it ran up as it rescued the banking system. 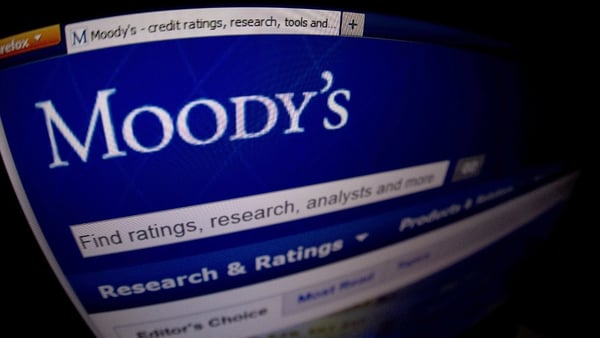