Portugal's political crisis deepened after the president rejected a plan to heal a government rift and critics accused him of igniting a "time bomb" by calling for early elections next year.

Portugal needs to take the measures to exit its bailout next year.

The decision was a warning to all the leading parties and it indicates that the president does not think any of them is capable of ruling effectively until the bailout is due to finish in June 2014.

Mr Cavaco Silva's move prompted sharp criticism in a country that has descended into its worst economic slump since the 1970s under the weight of austerity imposed by the bailout.

"The president of the republic decided to overcome the political stalemate between the parties in the ruling coalition by adding another problem to the one that already existed," wrote daily Publico in an editorial. "He decided to take power."

Such accusations are not made lightly in the country that had western Europe's longest dictatorship under Antonio Salazar.

Under Portugal's constitution, the president has the power to dissolve parliament and call elections.

Mr Cavaco Silva said the coalition government remained in office but he rejected a proposed cabinet reshuffle by the ruling Social Democrats and their junior coalition partner, the rightist CDS-PP party.

The crisis was sparked by the resignation of Foreign Minister Paulo Portas last week, threatening the continuation of the government as Mr Portas leads the rightist junior coalition party, the CDS-PP.

Prime Minister Pedro Passos Coelho held emergency talks last week with Mr Portas and announced on Saturday that he would promote Mr Portas to become deputy prime minister and put him in charge of economic policy coordination to fix the rift.

A senior cabinet minister in the former Socialist government, Pedro Silva Pereira, said the president's intervention had thrown the future into doubt.

The plan would have avoided the necessity of elections in the short-term, which could have interrupted reforms under the bailout and negotiations with creditors. 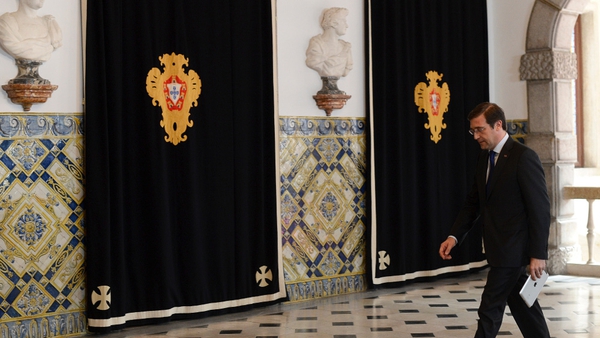