A manuscript of Samuel Beckett's first novel Murphy has been sold for €1.4 million at Sotheby's auction house in London.

The hand-written manuscript, which has been in private hands for the last half century, will now become accessible to Beckett scholars around the world as part of the Beckett Collection.

The collection is based at the University of Reading, which bought the notebooks for £962,500.

Vice Chancellor David Bel, said acquiring the manuscript "will provide unparalleled opportunities to learn more about one of the greatest writers in living memory, if not all time".

The six notebooks, complete with the author's notes and doodles, cover more than 700 pages, including passages that were cut from the novel when it was eventually published in 1938.

The handwritten jotters, which contain sketches of Beckett's contemporaries, including James Joyce, date from 1935 and 1936.

"This is unquestionably the most important manuscript of a complete novel by a modern British or Irish writer to appear at auction for many decades," he said.

"I have known about the existence of this remarkable manuscript for a long time - as have a number of others in the rare book business and some Beckett scholars - but it has only been glimpsed, tantalisingly, by a few chosen individuals during that time.

"The notebooks contain almost infinite riches for all those - whether scholars or collectors - interested in this most profound of modern writers."

The novel revolves around the title character's attempts to find peace in the nothingness of the "little world" of the mind without intrusion from the outside world.

The writer, who lived in Paris for most of his life, was awarded the Nobel Prize for Literature in 1969.

His work will be celebrated at a festival in Northern Ireland next month.

She will be joined by Clive James, Miranda Richardson and Juliet Stevenson.

They will take part in readings and talks about the writer best known for his avant-garde play Waiting For Godot. 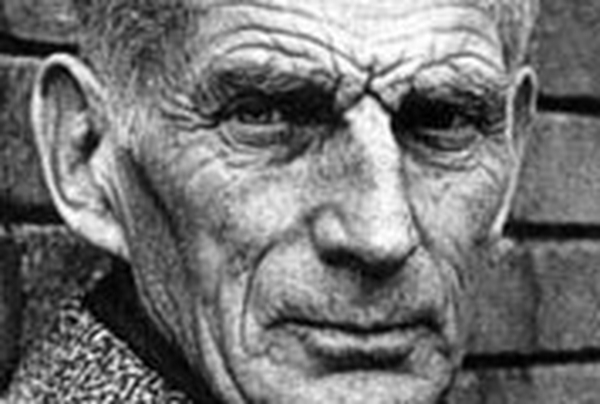