The Economic and Social Research Institute has recommended the Government press ahead with a full Budget adjustment of €3.1 billion.

This is despite calls from employers and trade unions to ease back on austerity.

In its first medium-term review of the Irish economy in five years, the ESRI said the level of uncertainty around the future direction of the economy means it is too soon to ease off the adjustment.

The ESRI has returned to the high-risk world of longer term economic forecasting, looking out to the end of the decade to see where the Irish economy might be heading, and what policymakers ought to be thinking about.

In a highly uncertain time, it offers three scenarios. The first is a growth scenario, in which the EU economy returns to normal growth and Irish policy means the country can take full advantage.

This sees average growth of 3.5% a year, falling debt and an unemployment rate nearing 6% by 2020.

A delayed adjustment scenario sees Europe taking off, but Irish policy failures holding the country back, notably a failure to quickly fix the banking system would leave companies short of credit for expansion.

The worst case is the stagnation scenario, in which the European economy fails to grow, leaving Ireland running to stand still, with continuing austerity Budgets, rising Government debt levels and unemployment stuck at over 14%.

It said the least damaging short-term policy is to make the full €3.1 billion adjustment in October's Budget and push ahead with bank industry reform.

Ireland remains on a knife-edge - FitzGerald

ESRI Research Professor John FitzGerald said there was a danger that Ireland could "mess it up" if Europe's economy improved but people in Ireland could not obtain credit to buy homes in 2015 and 2016 or if there was a limited availability of affordable residential property.

Speaking on RTÉ's Morning Ireland, he said Ireland remained on a knife edge given the continued under-performance of the European economy.

He said any shock to the Irish economy when it has been on the floor for so long could render the economy unsustainable.

Defending the ESRI's support of tough budgetary measures this year, Prof FitzGerald said it was possible that if Europe does improve then the tough budget measures needed in 2013 may be the final significant contribution which is required.

However, if the European and Irish economies did not improve it was possible that a further €2 billion in cuts would be required in 2015 and maybe more thereafter.

In this scenario, he said that if the Government eased up on its planned reduction in expenditure now, it would be more difficult to say "sorry, it's back to the grind stone" at a later stage. 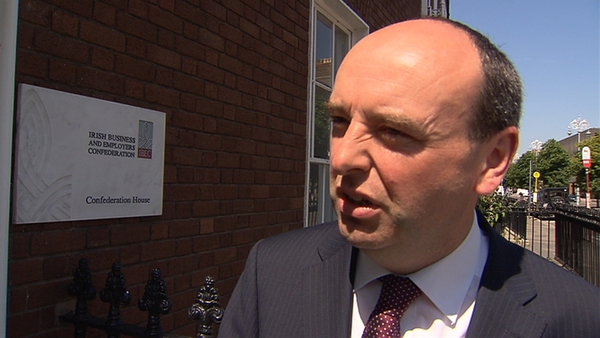