The National Lottery has confirmed the winning €94m EuroMillions ticket was sold at a convenience store in Beaumont in Dublin.

There were celebrations at Mace, Shantalla Road, as owner Susan Barry was presented with a lottery cheque for €25,000.

Ms Barry only found out this morning that her shop had sold the winning ticket and said she had no idea who the lucky customer was.

She said she would use the lottery cheque to pay off some debts and to throw a party for staff.

Shop manager Jan Quinn said there was great excitement in the store. “It’s just fantastic, I'm absolutely thrilled to bits for whoever has won it."

The winner of the €93.9m prize picked up the prize from National Lottery headquarters in Dublin last week and wishes to remain anonymous.

It is the second largest jackpot win in the history of the lottery. 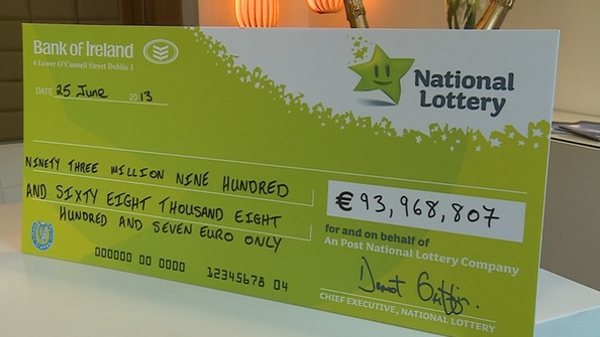