Gulf Arab states are punishing Hezbollah for its role in Syria by expelling Lebanese expatriates linked to the group.

It is a move that could victimise Shia Muslims with no ties to the militants apart from their shared religious faith.

Set up by Shia power Iran in the 1980s to fight Israeli occupation forces in south Lebanon, the Islamist group has sent militants to fight alongside the army in Syria's civil war.

This has led to defeats for rebels armed by some Gulf Arab states.

The Sunni Muslim Gulf countries, led by Saudi Arabia, have supported Syrian rebels with arms and money in a fight to topple President Bashar al-Assad, an ally of Iran.

Denouncing what it called Hezbollah's interference in Syria, the Gulf Cooperation Council (GCC) last month announced its six member states would revoke the residency visas of people associated with Hezbollah.

It said it would target their financial and commercial dealings in the Gulf.

The expulsions illustrate how the war in Syria has encouraged age-old tension between Sunni and Shia Muslims to spread across its borders and through the region.

During a meeting of senior GCC security officials in Riyadh yesterday, the undersecretary of Bahrain's Interior Ministry, Major General Khaled al-Absi, said the move against the group came after the "discovery of several Hezbollah terror cells in the Gulf states, their involvement in training of terror groups ... and their flagrant involvement in Syria".

"Unfortunately, some people will pay the price without being involved," Abdulkhaleq Abdullah, an Emirati political scientist, said of the deportations.

"But Hezbollah should be held responsible for this. Hezbollah left its national boundary and interfered in a purely Syrian matter with brazenness and stubbornness. This should not be left unheeded."

At least three Gulf states - Saudi Arabia, the UAE and Qatar - have evicted scores of Lebanese since the GCC announced on 2 June it was considering punitive measures against the group, according to a Doha-based security source and Hassan Alayan, a Lebanese critic of the campaign.

The security source said 17 or 18 Lebanese Shias were expelled from Qatar in June, while Gulf-based analysts following the matter suggested the number could be larger in the UAE.

"I don't know what's their interest in expelling people who lived in their countries for decades and offered the best they could in service of these countries," said Mr Alayan, a Shia Muslim who added that he had lived in the UAE for 27 years before being told in 2009 to leave.

Expulsions of this sort are not new, but the publicity and coordination surrounding the current campaign is unusual.

For years, some Gulf Arab states have made it tough for Shias in general to get residency visas, especially when applying for jobs in government or government-related entities.

This is a result, analysts say, of a long-standing view among some states that Shias are a security threat, mainly because of what Gulf Arab officials say is Iranian meddling in Arab internal affairs. Iran denies such accusations.

Another source of tension is a dispute over Iran's nuclear programme, which the west and its Arab allies suspect is aimed at obtaining a nuclear weapons capability. Iran denies this.

Many Lebanese see Hezbollah leader Sayyed Hassan Nasrallah's support for Mr Assad against an insurgency dominated by Syria's Sunni majority as a miscalculation that will drag Lebanon into the Syrian quagmire, exacerbate fighting in Lebanon itself and deepen Sunni-Shia sectarian rifts in the region.

Speaking from Beirut, Mr Alayan said he knew of at least 400 Lebanese families who had been evicted from the UAE alone since 2009, but believed the number was bigger.

"This is repressive. People have lost their investments and their livelihood," he said.

"They want to create a financial burden on a certain party in Lebanon (Hezbollah) to tell them that if it were not for them, this would have not happened."

Some Gulf officials are concerned to show the campaign is not directed against Lebanese as a whole.

Lebanese are prominent among the region's leading professionals, administrators and entrepreneurs, many co-owning companies with Gulf partners.

"The Lebanese presence in Qatar is protected, and the Lebanese in Qatar are among their own people. They abide by the state's laws and respect them," Sheikh Tamim was quoted as saying on 30 June. 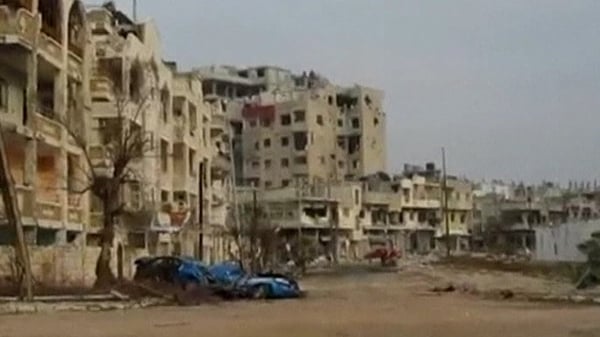