The developing political crisis over the implementation of austerity policies has had immediate financial consequences, with the interest rate being demanded by investors to lend to Portugal increasingly significantly.

Mr Coelho has declared he will not stand down despite the resignations of the two key cabinet members.

Vitor Gaspar resigned as finance minister on Monday, saying Portugal's bailout targets, set out by the European Union and the International Monetary Fund, were being missed and popular opinion had turned against austerity.

Foreign Minister Paulo Portas, the leader of the junior government party, resigned in protest over the choice of a perceived austerity hardliner to replace Mr Gaspar.

The Prime Minister has responded by refusing to accept the resignation of Mr Portas, and hopes to consolidate his position in talks with the President today. 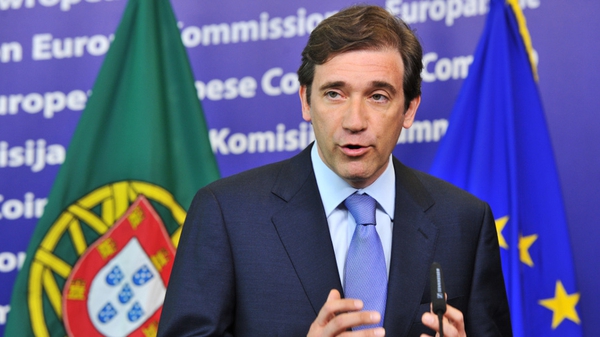