Mr O'Donnell said that if the action is defended by the HSE there would be full cross-examination of witnesses.

Mrs Halappanavar was 17 weeks pregnant when she died at the hospital following a miscarriage.

In April, the inquest into Mrs Halappanavar's death recorded a verdict of death due to medical misadventure.

Her husband has criticised the recent HSE Clinical Review, saying there is still no clear explanation as to why she died.

Mr Halappanavar spoke to Miriam O'Callaghan on RTÉ's John Murray Show this morning, in his first interview since the review was published.

He said he had received abusive letters and had been told to leave the country.

Mr O'Donnell has told RTÉ that he and Mr Halappanavar expect to meet with the Minister for Health James Reilly next week.

Galway University Hospital has apologised for failings in its care of Mrs Halappanavar.

Mr Halappanavar believes the HSE Clinical Review revealed no new information and has said he wants to get to the truth.

He says the legal proceedings will be a way to get to the truth.

He believes more information will come out.

Mr Halappanavar says the last number of months have been very tough and he is still coping with the death of his wife.

He is also concerned that some midwives were unable to attend and give evidence at the inquest in April.

He believes the HIQA investigation which is still under way is more into the general services at Galway University Hospital, rather than the specific issues in relation to the death of his wife.

Mr Halappanavar says he never thought his wife would die and he copes on a day-to-day basis through prayer and meditation.

One termination carried out in GUH in 2012

Galway University Hospital has confirmed to RTÉ News that there was one termination of a pregnancy carried out there in 2012.

The hospital says no such procedure has been conducted so far this year.

Prior to 2012, figures suggest an average of one termination was performed every two to three years. There are in the region of 3,400 births at the hospital each year.

Mr Halappanavar's legal representatives say the information regarding terminations is of concern to their client.

Mr O'Donnell said it went some way towards vindicating their position.

He said Mr Halappanavar wanted to know why his wife did not get a termination after she had requested one at the hospital last year.

He said it was his understanding that there had been interventions on an "ongoing basis" at GUH and he said this might explain why there was only one maternal death over a 17-year period there.

Mr Halappanavar also spoke today about hate mail he had received in recent months. His solicitor has passed this correspondence to gardaí.

Mr O'Donnell said the material was nasty and hurtful, with suggestions his client should return to India and not be critical of the Irish health system. 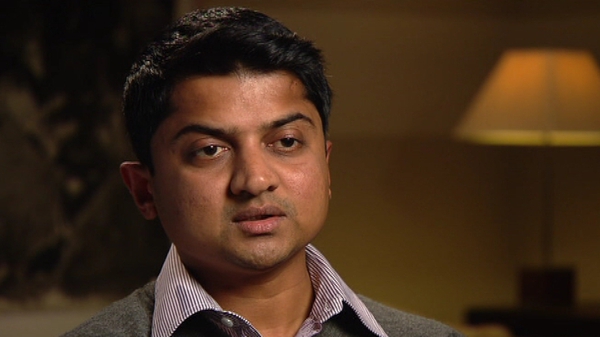