Numerous Senators have called for Seanad reform in the second stage of a debate on the abolition of the upper house.

The proposed abolition was "a whim, a flight of fancy in the heat of a battle of a general election" according to the Labour Senator John Whelan.

He questioned why the Taoiseach claimed the Seanad was elitist.

Pointing to the chandeliers he asked if it would be less elitist if they were replaced.

Sinn Féin Senator David Cullinane said he believed the Seanad was undemocratic and elitist because the majority of people couldn't vote Senators in.

However, he said the option of reform should be put to the people.

Fine Gael's Paul Bradford said the proposal to abolish the Dáil was never about political reform but about winning Dáil seats.

He described proposals to scrap the house as "simplistic populism".

Fianna Fáil Senator Marc MacSharry pointed out the lack of media coverage of the Seanad.

"You had to be gay, a former president of ICTU or a Sunday Independent Journalist or you didn't get coverage on Oireachtas Report" he claimed.

Senator Terry Brennan said the abolition will lead to "a dictatorship government in this country".

Noting that the Taoiseach intended to strengthen the committee system, he questioned if "outside experts" would have all the answers. 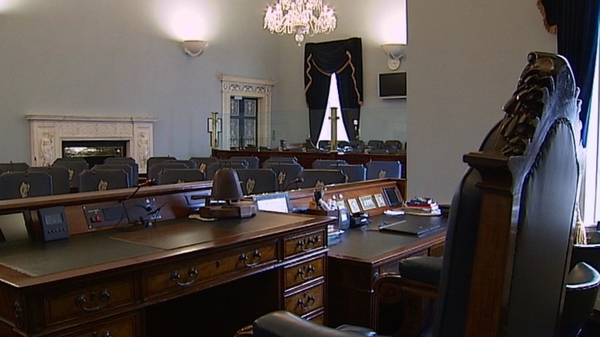