US President Barack Obama has played down a controversy over whether Washington had spied on its European allies.

He said all intelligence services around the world, including in the EU, seek additional insight beyond regular media reports.

“We work so closely together that there's almost no information that's not shared between our various countries,” Mr Obama said.

Earlier, Secretary of State John Kerry said nearly all national governments, not just the United States, use "lots of activities" to safeguard their interests and security.

The EU has strongly demanded that the US explain a report in a German magazine that Washington is spying on the group, saying that, if true, the alleged surveillance was "shocking".

The Guardian newspaper has reported that the US had also targeted non-European allies including Japan, South Korea and India for spying.

Mr Kerry confirmed that EU High Representative Catherine Ashton had raised the issue with him in a meeting in Brunei but gave no further details of their exchange.

He said he had yet to see details of the newspaper allegations.

The magazine followed up with a report that the US agency taps half a billion phone calls, emails and text messages in Germany in a typical month, much more than any other European peer and similar to the data tapped in China or Iraq.

"I will say that every country in the world that is engaged in international affairs and national security undertakes lots of activities to protect its national security and all kinds of information contributes to that. All I know is that is not unusual for lots of nations," Mr Kerry told a news conference.

The German government said if reports of large-scale US spying on the European Union were confirmed, it would be unacceptable Cold War-style behaviour.

A spokesman for Chancellor Angela Merkel said if the claims were confirmed "we will clearly say that bugging friends is unacceptable".

But he added: "Mutual trust is necessary in order to come to an agreement."

Call for EU-US trade talks to be put on hold

Some EU policymakers said talks on a free trade agreement between Washington and the EU should be put on hold until further clarification from the US.

EU Parliament Martin Schulz told French radio that the US had crossed a line.

"I was always sure that dictatorships, some authoritarian systems, tried to listen ... but that measures like that are now practiced by an ally, by a friend, that is shocking, in the case that it is true," Mr Schulz said in an interview with France 2.

Fine Gael MEP Gay Mitchell called on Washington and the US ambassador to the EU to explain why EU offices were allegedly bugged by the Washington administration.

Speaking on RTÉ's Morning Ireland, Mr Mitchell said that if the allegations were true, then the US would have an unfair advantage in negotiating a long-awaited EU-US trade deal.

Minister for Jobs, Enterprise and Innovation Richard Bruton said the allegations were disconcerting, but clarity was needed.

Speaking in Limerick, he said recent trade talks which he chaired between the EU and the US have huge potential for both continents, and he believed good strong negotiations were necessary, but they had to be done on a fair basis.

The chairperson of the European Parliament's Foreign Affairs Committee also warned that the allegations could dramatically change the relationship between the US and the EU.

Speaking on the same programme, MEP Elmar Brok with Germany's CDU Party said the allegations have shattered confidence in the negotiations for the trade deal.

Mr Brok said the US administration will have to win back the "credibility and confidence" of the EU following the allegations.

Ms Ashton said yesterday that US authorities were immediately contacted about the Der Spiegel magazine report.

Revelations about the US surveillance programme, which was made public by fugitive former NSA contractor Edward Snowden, have raised a furore in the US and abroad over the balance between privacy rights and national security. 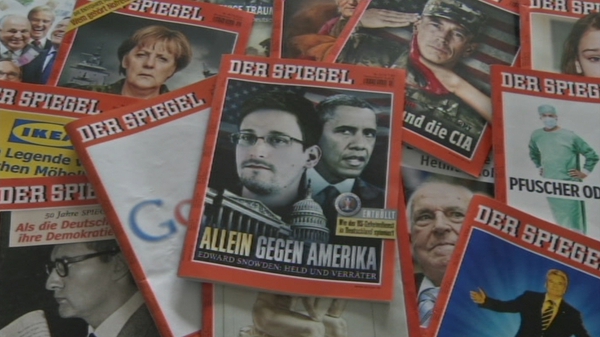 EU demands explanation from US over spying claims