South African President Jacob Zuma has said he hopes Nelson Mandela will be out of hospital "very soon".

Speaking at a press conference with US President Barack Obama after bilateral talks, Mr Zuma said that Mr Mandela remains in a critical but stable condition in hospital.

The 94-year-old anti-Apartheid leader has spent three weeks in a Pretoria hospital being treated for a lung infection.

Mr Obama is in South Africa on the second stop of a three-nation Africa tour.

He met with relatives of Mr Mandela this afternoon, but will not visit the hospital.

Since starting his Africa tour in Senegal on Thursday, Mr Obama has paid tribute to the man globally admired as a symbol of struggle against injustice and of racial reconciliation for the way he led South Africa out of centuries of white-minority rule.

The US president has called Mr Mandela a "personal hero" and is due to make a tour tomorrow of Robben Island, the former penal colony where South Africa's first democratically-elected president passed 18 of the 27 years he spent in apartheid jails. 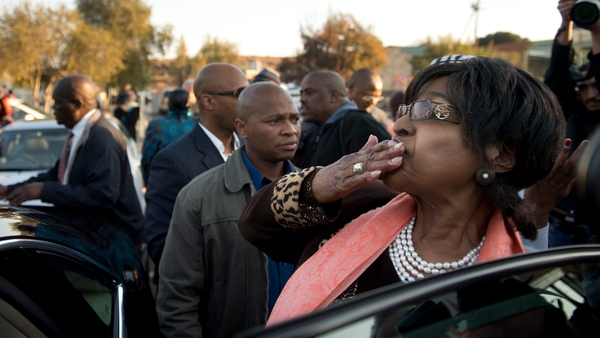