Fundraising Ireland has said charity shops should at the very least be allowed to apply for planning permission to open on Grafton Street.

Its chief executive Anne Hanniffy said charity shops were more popular than ever during a recession.

She was responding to plans by Dublin City Council officials to press ahead with a proposed ban on charity shops on the street.

Following a period of public consultation, Assistant City Manager Jim Keoghan has recommended that councillors endorse the ban at next Monday's meeting.

Draft planning controls are proposing to add charity shops as well as convenience stores, collect stores for internet shopping and personal care services such as teeth whitening to a list of uses that are not permissible on the street.

Ms Hanniffy said charity shops should be able to decide whether or not to open on Grafton Street if they were able to pay the rent.

Speaking on RTÉ's Morning Ireland, Ms Hanniffy said: "Fundraising Ireland agrees that charity shops should adhere to the rules and regulations and comply with the planning permission."

"But the point is they're not even being allowed apply for planning permission, and that's really important. As I said, they are a legitimate source of business, they increase footfall."

Ms Hanniffy said she was hopeful that the terms of the motion may be changed.

She said: "We just want to know the reasons. They are saying it will detract from the character of the street, but they haven't given the charity shops a chance to prove that, that's our issue.

"So just give the charity shops a chance. That's really important, for both the consumer and for the charities." 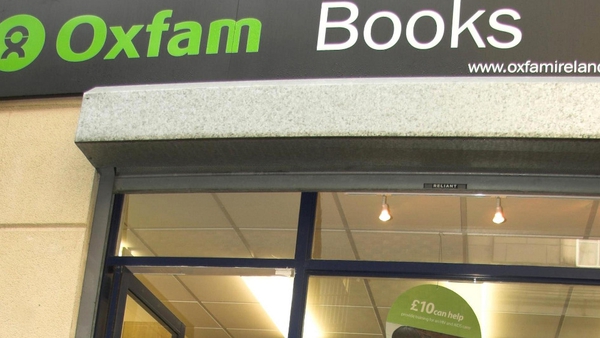