Anglo Irish Bank bosses were ordered to go down to the Central Bank with "arms swinging" to demand a multi-billion euro taxpayer bailout, the latest leaked tapes reveal.

In a telephone conversation with a senior colleague, chief executive David Drumm outlines his brusque strategy for bringing cash into the bank.

"Get into the f***ing simple speak: 'We need the moolah, you have it, so you're going to give it to us and when would that be? We'll start there'," he tells Director of Treasury John Bowe.

In the latest Anglo tapes transcripts, published by the Irish Independent, Mr Drumm says he will threaten regulators unless they write him a cheque.

"We'll be going down there with our arms swinging. I'm very clear on the proposal," he tells Mr Bowe.

"I'm going to keep asking the thick question: 'When, when is the cheque arriving?'"

Mr Drumm also tells Mr Bowe: "And by the way, the game has changed now because really the problem now is at their [regulator's] door.

The former bank chief goes on to say how he will "lose the plot" and threaten to hand over the keys to the bank and walk away.

The revelations are made in the fourth day of leaked telephone calls during which Mr Drumm and other senior bankers are heard laughing and joking about the lender's imminent collapse.

The latest recording was from the night before a crucial meeting with the Financial Regulator.

Minister for Jobs, Enterprise and Innovation Richard Bruton has said the revelations from the tapes have been damaging to Ireland's international reputation.

Yesterday, Minister for Finance Michael Noonan said the tapes could damage Ireland's reputation among those who are funding the country's bailout and speaking on RTÉ's Morning Ireland Mr Bruton reiterated his Cabinet colleague's opinion.

"I think, like anyone else, I was seething with anger to hear those tapes and they do damage to our reputation. But I think people also understand that this was five years ago," he said.

Mr Bruton said everyone was frustrated with the length of time it was taking to convict anyone with regards to breaches of policy and regulations in the financial sector.

However, he said it was important that any investigation was independent and free of interference from politicians.

"Everyone is frustrated that complex criminal systems take so long, but equally I understand fully the independence of that investigation, of the prosecution system and you won't get cases that stand up if politicians interfere in that process," he said.

Minister for Justice Alan Shatter has called on members of the previous government to publicly state what contacts they had with Anglo Irish executives in the run-up to the bank guarantee in 2008.

Speaking on RTÉ's Today with Pat Kenny, he said: "There are former ministers who have retired; there is a former Taoiseach who was in the centre of this.

"There is nothing to stop them publicly telling us, today, what engagements they had of a direct nature with executives in Anglo Irish.

"Did they solely rely on what they were being told by their civil servants? Or did they meet executives in Anglo Irish?”

Speaking in the Dáil, Minister for Social Protection Joan Burton said that listening to the Anglo tapes was like listening to the Vampire Tapes and that they (Anglo) have sucked the life blood out of the country.

Meanwhile, one of the former Anglo executives heard on the tapes has resigned as head of a counselling body.

A spokeswoman for the Irish Association of Alcohol and Addiction Counsellors confirmed Peter Fitzgerald has resigned as its interim chief executive. 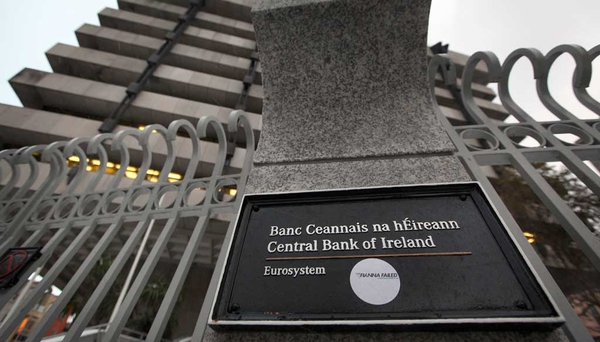