Taoiseach Enda Kenny has said he has not yet decided whether there should be another referendum on giving Oireachtas inquiries more powers.

However, Mr Kenny told the Dáil that an Oireachtas inquiry would be able to give the people some understanding of how the decisions leading to the bank guarantee evolved.

There have been renewed calls for the establishment of a banking inquiry following the publication of conversations between senior staff at Anglo Irish Bank by the Irish Independent.

In the Dáil this morning, Fianna Fáil leader Micheál Martin criticised the Government's plans for an Oireachtas inquiry into the banking crisis.

He also accused the Government of being "on the side of the banks".

Calling for independent oversight, he said people did not trust the banks to deal fairly with mortgage arrears.

Sinn Féin leader Gerry Adams also accused the Taoiseach of pandering to the banks since coming into Government.

Adapting the Taoiseach's slogan, he said Ireland was the best small country in the world for big bankers and corrupt politicians.

Mr Kenny again said he did not want a tribunal or judicial inquiry into banking, which he said could take ten years and create millionaire lawyers.

He said any inquiry could not deal with any criminal activity, which is a job for the courts, but he believed people wanted to know how the guarantee came to be given, and what led up to it.

He said an Oireachtas inquiry could do that.

Mr Kenny confirmed that the question of re-running the referendum to give Oireachtas inquiries more powers had been raised with him, but that he had not given any definitive answer to it yet.

Doubts over effectiveness of Oireachtas inquiry

A law expert has warned that an Oireachtas inquiry may not be able to reveal the full extent of the events surrounding the bank guarantee.

Speaking on RTÉ's Morning Ireland, lecturer in law at UCD John O'Dowd said an inquiry could only "form an opinion" rather than "come to a conclusion" that certain people performed improperly in the lead-up to the bank guarantee.

"It could be a stop-start process in terms of having to avoid any pending prosecutions.

"It would be fair to say an Oireachtas inquiry could be an opportunity to get more documents out into the public domain and to bring more people before committees but it may be just a glimpse behind the curtain," he said. 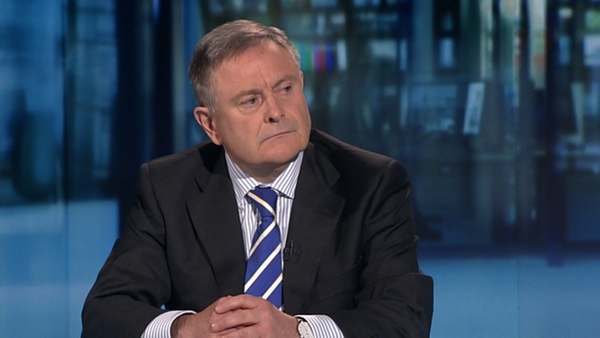