He said Mr Snowden was free to leave and should do so as soon as possible.

Mr Putin added that he hoped the affair would not affect relations with Washington, which wants Russia to send him to the US, but indicated Moscow would not hand Mr Snowden over.

He dismissed US accusations against Russia over the case as "rubbish."

China has also rejected US accusations it helped Mr Snowden escape prosecution in the US.

Mr Snowden, who is charged with disclosing secret US surveillance programmes, left Hong Kong for Moscow's Sheremetyevo airport on Sunday.

The US State Department said diplomats and Justice Department officials were holding discussions with Russia, suggesting they were looking for a deal to secure his return to face espionage charges.

An airport source said the 30-year-old American, who has asked for asylum in Ecuador, had flown in on Sunday and had been booked on a flight to Cuba yesterday but had not got on board.

Journalists camped out at the airport have not spotted him inside, or leaving, the transit area, and say a heavy security presence has been relaxed for the past 24 hours.

He has not registered at a hotel in the transit zone, hotel sources say.

A receptionist at the Capsule Hotel Air Express, a complex of 47 basic rooms said Mr Snowden had turned up on Sunday, looked at the price list but then left.

Russian Foreign Minister Sergei Lavrov denied suggestions Moscow had helped Mr Snowden in any way, including by allowing him to fly into Sheremetyevo.

"He chose his itinerary on his own. We learnt about it ... from the media. He has not crossed the Russian border," he said.

"We consider the attempts to accuse the Russian side of violating US laws, and practically of involvement in a plot, to be absolutely groundless and unacceptable."

Mr Lavrov's insistence that Mr Snowden had not entered Russia implies he has not left the airport transit area, used by passengers flying from one non-Russian airport to another without going through passport control or requiring an entry visa.

The transit area is Russian sovereign territory, but it could be argued that in staying there Mr Snowden had not formally entered the country, a move that could implicate President Putin in helping a fugitive.

Interfax news agency quoted a source "in the Russian capital" as saying Mr Snowden could be detained to check the validity of his passport if he crossed the Russian border.

WikiLeaks said Mr Snowden is travelling on a refugee document of passage provided by Ecuador.

White House spokesman Jay Carney said the US assumed that Mr Snowden was still in Russia.

Mr Snowden, whose exposure of the surveillance raised questions about civil liberties in the US, flew to Moscow after being allowed to leave Hong Kong even though the US had asked the Chinese territory to detain him.

Mr Snowden, until recently a contractor with the US National Security Agency, had been expected to fly to Havana from Moscow yesterday and eventually go on to Ecuador, according to sources at the Russian airline Aeroflot.

There is no direct flight from Moscow to Ecuador’s capital, Quito. Ecuador’s government has said it is considering Mr Snowden's asylum request.

Ecuador has been sheltering WikiLeaks founder Julian Assange at its London embassy for the past year.

President Barack Obama said his government was "following all the appropriate legal channels working with various other countries to make sure the rule of law is observed".

But US officials said intelligence agencies were concerned that they did not know how much sensitive material Mr Snowden had in his possession and that he may have taken more documents than initially estimated.

He could publish more documents or they could get into the hands of foreign intelligence. 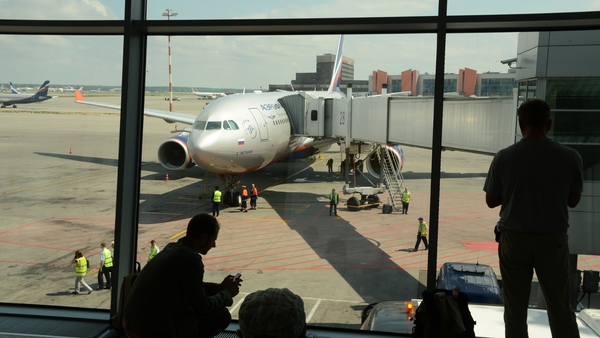