Paul O'Connell has been ruled out of the British and Irish Lions tour of Australia with a broken arm.

The 33-year-old Munster forward suffered a fractured lower right arm in Saturday's 23-21 victory over the Wallabies in the first test at Brisbane.

O'Connell, who has appeared 85 times for Ireland and has played in the last seven Lions tests, is regarded as the cornerstone of their forward pack with his leadership. He is on his third Lions tour.

England's Geoff Parling is favourite to replace O'Connell, partnering Alun-Wyn Jones in the second-row for the second test against the Wallabies in Melbourne on Saturday.

O'Connell's injury follows news that England prop Alex Corbisiero is unlikely to be fit for the second est with a calf injury.

The team management has already drafted in Ireland's Tom Court as a replacement for Corbisiero and named him among the replacements for tomorrow's tour game with the Melbourne Rebels.

Court was the eighth call-up to the Lions touring party as an injury reinforcement. 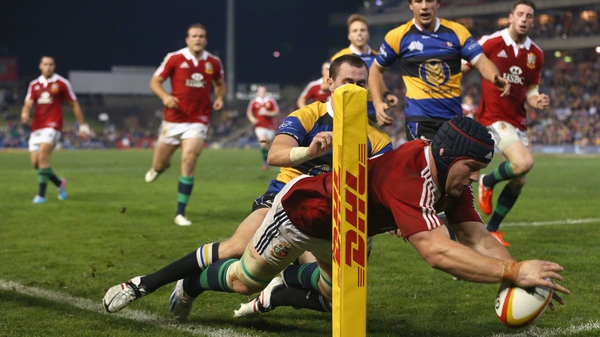