Tánaiste Eamon Gilmore has rejected allegations of manipulation in his negotiations with the European Parliament over the next EU budget.

The criticism was levelled by German MEP Reimer Boege, who resigned from his position as a budget negotiator for the centre-right European People's Party in protest at the deal.

He said he could not recommend to the parliament that it approve the package, which was signed off by Mr Gilmore, on behalf of EU governments, and Alain Lamassoure, lead negotiator for the European Parliament.

Speaking on RTÉ’s Six One News, Mr Gilmore said he did not spin the outcome of the negotiations.

The Tánaiste said he was a little surprised at claims by Mr Boege of manipulation and said the German did not say anything to that effect during the discussions.

He said that since the European Parliament had rejected the budget in March, he had been trying to establish from the parliament what changes to the budget were needed in order for it to be approved.

The parliament identified four areas where it wanted changes.

Mr Gilmore said the negotiations were concluded on the basis that there was a package which he on behalf of the European Council would bring to the General Affairs Council.

EU ministers are due to consider the compromise text on the €960bn budget at a meeting on Tuesday, while MEPs are set to vote on the plan at their next plenary in Strasbourg.

The agreement has received a cool, if not hostile reaction, from other MEPs.

The president of the Socialists and Democrats group, Hannes Swoboda, called on EU ministers to postpone their consideration of the budget next Tuesday.

He said: "We deeply regret that the council did not make a more substantial move towards the European Parliament's demands for EU citizens.

"We will not take a rushed decision without due consideration ... I cannot be blackmailed."

The head of the Liberals and Democrats, Guy Verhofstadt, also criticised the plan, saying: "The greatest concern and the most unacceptable is the denial of democracy which the council has demonstrated against parliament's legitimacy."

He demanded the talks be re-opened next year after the European Parliament elections: "We demand a real revision, obliging the council to return to the negotiating table with our newly elected colleagues next year."

She claimed the entire process had been very difficult due to a "marked reluctance by the Irish presidency to accept the full co-decision powers of the parliament".

She added: "When we voted for the Lisbon Treaty we voted to give parliament an equal say in the budget negotiations, yet this has not been respected by the Irish presidency."

Another Irish MEP, Nessa Childers, predicted MEPs will veto the EU budget, if the Irish presidency does not respect their democratic mandate.

She asserted: "The budgetary demands of the parliament are very reasonable.

"In order to finance EU priorities for growth and job creation, including the fight against youth unemployment, we want more flexibility in the use of EU funds, a review after the 2014 European elections and an overhaul of the way the EU budget is financed."

Socialist Party MEP Paul Murphy called on Eamon Gilmore to "immediately clarify the situation and demand that there be full openness and transparency in the negotiation process."

The Dublin MEP addded: "Regardless of what may come out of this process, it is abundantly clear that this will be an austerity budget.

It will see cuts to vital funds for the unemployed and the poor and will also see cohesion funds being linked on the imposition of austerity programmes." 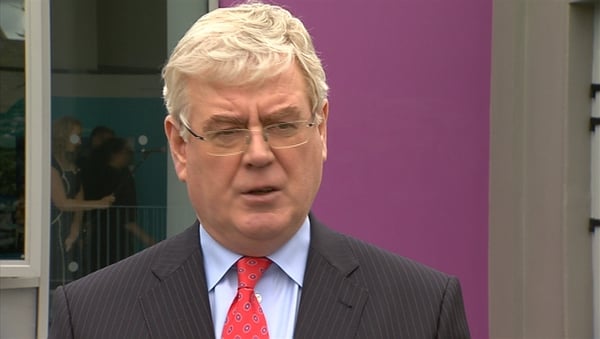