The Government does not think the time is right to sell its 25% stake in Aer Lingus, Minister for Public Expenditure and Reform Brendan Howlin said tonight.

The Government said it would consider the sale of its remaining stake in the former State carrier two years ago.

In its state asset sales plan in February last year it said it was determined to find a buyer once market conditions improved.

However, Mr Howlin said tonight that an investigation into rival airline Ryanair's 29.8% shareholding in Aer Lingus had complicated the planned disposal of the State's stake.

Britain's Competition Commission said last month that it may force Ryanair to sell its entire stake in Aer Lingus after an investigation concluded that the holding allows the low-cost giant to influence strategy at its smaller Irish rival.

The commission will give a final ruling in July.

"These matters will continue to be taken into account in the Government's plans ... At the present moment, however, it is the Government's view that optimal conditions do not exist for a sale of the Government's remaining shareholding just now," Mr Howlin told a parliamentary committee.

"Nevertheless, the government remains open to considering opportunities to dispose of its shareholding and will, in the meantime, continue to manage the holding in a responsible manner in order to protect the state's interests and with the aim of maximising its value."

The Government's privatisation plan, agreed as part of the EU/IMF bailout, aims to raise €3bn. 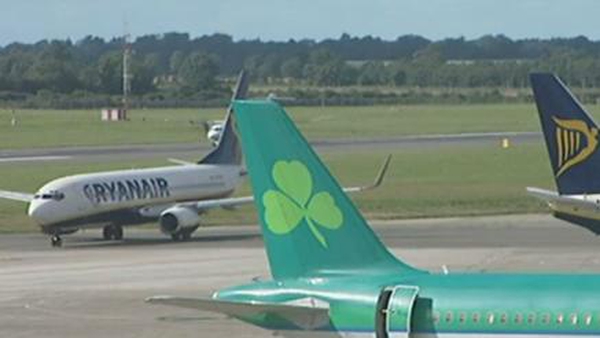