Labour TD Joanna Tuffy has strongly criticised the Taoiseach during a debate on the abolition of the Seanad, accusing him of "populist nonsense".

Ms Tuffy said Enda Kenny is caught up in a "presidential style of leadership" and that it is "just populist nonsense for the Taoiseach to say that Ireland has too many politicians".

The Dublin Mid-West TD was speaking during the second stage of the debate in the Dáil.

She said the Taoiseach is "also being anti-politics and anti-democratic when he makes that assertion which contributes to the ongoing denigration of politics".

Fianna Fáil TD Dara Calleary said: "It's very clear that this is not a Government who has the support of its dressing room in relation to this Bill.

Fine Gael party chairman Charlie Flanagan has said he will support the Bill to abolish the Seanad, saying "abolition is difficult but it is necessary".

Mr Flanagan questioned the motives of some of those who have been most vociferous in campaigning to keep the Seanad.

He said he believed that the Seanad has failed to fulfil its Constitutional role and functions, and it has been strangled by the political parties.

Mr Flanagan said that there have been various reports, but the reality is that the Seanad is incapable of reform. 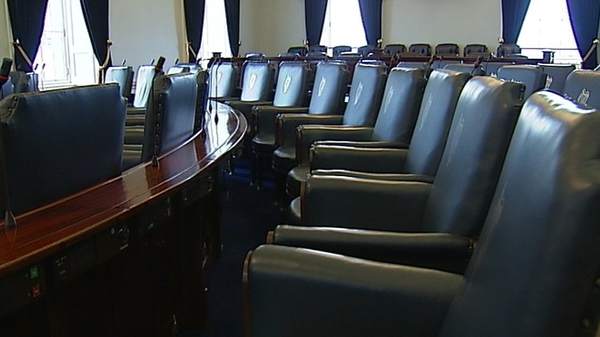