The leaders of Russia and the United States, now openly backing opposing sides in Syria's civil war, played down their differences after talks today where tensions had clearly flared over the escalating conflict.

Russian President Vladimir Putin said he and Mr Obama had agreed to encourage the warring parties to attend negotiations.

He mostly stared at the floor as he stood alongside US President Barack Obama at the G8 summit in Northern Ireland.

"Our positions do not fully coincide, but we are united by the common intention to end the violence, to stop the number of victims increasing in Syria, to resolve the problems by peaceful means, including the Geneva talks," Mr Putin said after a meeting with Mr Obama.

Heavy fighting resumed around the northern Syrian town of Aleppo, where rebels, buoyed by Mr Obama's decision last week to arm them, tried to block an advance into the north by President Bashar al-Assad's forces, who are supplied by Moscow.

In new evidence of growing foreign support for the rebels, a Gulf source told Reuters Saudi Arabia had equipped fighters for the first time with shoulder-fired anti-aircraft missiles, their most urgent request.

Rebels said the government in Riyadh had also sent them anti-tank missiles.

After months of indecision, the Obama administration announced it would arm the rebels because Mr Assad's forces had crossed a "red line" by using nerve gas.

That has put the US on the opposite side of the two-year-old civil war from its Cold War foe Moscow, which supplies weapons to Mr Assad.

European nations backing the rebels would "pay the price" if they joined those sending weapons to Syria, Mr Assad told a German newspaper.

The United Nations has urged all sides to stop sending arms to a conflict that has killed at least 93,000 and shows no sign of abating. 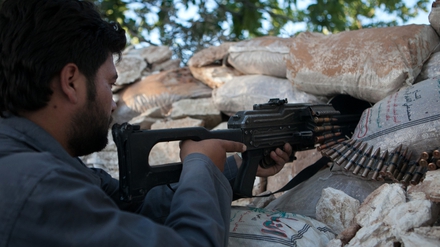 But those calls have been ignored, with regional and global powers increasing their support for either side.

The White House said last week that Mr Obama would try to persuade Mr Putin to drop support for Mr Assad at a summit of the G8 group of world powers in Northern Ireland.

With both men looking uncomfortable after their first face-to-face meeting in a year, there were no signs Mr Putin was convinced.

Mr Obama said they had "differing perspectives" on Syria but shared an interest in ending violence and ensuring chemical weapons were not used.

Russia says it is unconvinced by US evidence accusing Mr Assad of using chemical weapons, and said today it would block any attempt to impose a no-fly zone over Syria, a step the US says it has not yet decided on but is on the table.

The United States moved anti-aircraft missile batteries and warplanes to Jordan in recent weeks, which Russia believes are a precursor to a no-fly zone.

Those backing the rebels - including Britain, France, Turkey and Arab countries as well as the United States - were driven to intensify support in recent weeks to rescue the rebellion after Mr Assad's forces scored important military gains.

But last month he received the open support of thousands of fighters from Hezbollah, the powerful Iran-backed Shia militia in neighbouring Lebanon, which helped him capture the strategic town of Qusair from the rebels this month.

The news that rebels are receiving shoulder-fired anti-aircraft missiles from Saudi Arabia marks an important escalation with the potential to shift momentum by limiting Mr Assad's use of air power, one of his major advantages.

The missiles have been at the top of the wish-list of the main rebel military commander, Salim Idriss.

The west had long been wary because of fears such weapons could fall into the hands of terrorists and be used to shoot down civilian planes.

US ally Israel is particularly fearful of such weapons being distributed in the Middle East.

Asked about the US step, the Israeli leader said: "I can understand the decision of President Obama. What is happening in Syria is a tremendous tragedy."

The missiles were obtained from suppliers in France and Belgium, and France had paid to ship them to the region, the Gulf source said.

France says it has not yet decided to arm the rebels but along with Britain it persuaded the European Union to drop a weapons embargo from the start of this month. 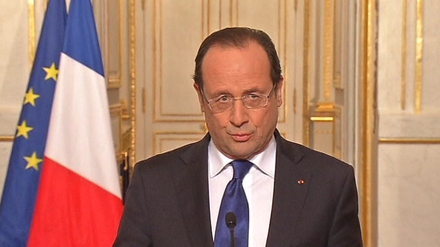 Opposition sources in Aleppo said Saudi Arabia had also supplied the rebels with at least 50 Russian-made Konkurs anti-tank missiles in the past few days.

The weapons had reached rebels fighting a government column at the town of Maaret al-Arteek north of Aleppo, scene of major fighting in recent days, they said, and activists said a video they posted on the internet showed rebels firing them.

Western countries say helping the rebels on the ground is necessary to restore military balance after Mr Assad's recent gains after earlier saying they would give only "non-lethal" aid.

"We have all understood that you can't win this just with night vision goggles," said one western official. "You can't engage in a peace process when you come to the table with the balance of power turning against you."

After winning the battle for the strategic town of Qusair this month, Mr Assad's forces have announced an offensive in the mainly rebel-held north near Syria's biggest city, Aleppo.

He said 200 Hezbollah fighters had deployed in the two Shia enclaves of Nubbul and Zahra further northwest. 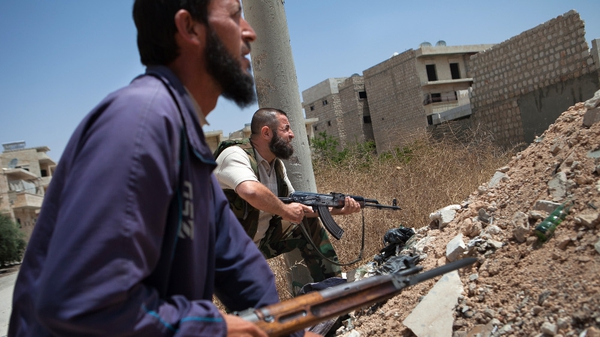