A draft report by the Oireachtas Committee on Transport and Communications has recommended that the ban on sponsorship of sporting events by the drinks industry is not merited.

The unpublished report seen by RTÉ's The Week in Politics said the main sporting organisations in Ireland would suffer inordinately if legislation for a prohibition was introduced.

The sponsorship of sporting organisations by drinks companies has been in the spotlight following a consideration by the committee.

It has been examining recommendations by the national Substance Misuse Strategy Steering Group to phase out drinks industry sponsorship by 2016.

Between March and April, it invited sports bodies, health experts and representatives of the Drinks Industry Group of Ireland (DIGI) to discuss the implications of possible legislation to ban the sponsorship of major sporting events.

While the draft report noted an "anxiety" among medical experts to have the association between alcohol and sport severed, it said that "in the current economic climate the main sporting organisations would suffer if legislation for a prohibition was introduced".

It stated: "Every sport organisation emphasised the importance of alcohol drinks industry sponsorship.

"If such sponsorship was discontinued, there were no replacement sponsors to be found."

DIGI, which was represented at the committee by Diageo's Corporate Relations Director for Western Europe, has welcomed the findings.

Peter O'Brien said a ban on sponsorship will lead to a significant decline in attracting new sporting organisations and events to Ireland, and will have no impact on alcohol misuse.

Horse Racing Ireland has welcomed the news, pointing out that phasing out of sponsorship would not have worked.

HRI Marketing and Communications Director Michael O'Rourke said sponsors would have pulled out to seek investment elsewhere as soon as contracts ended.

Professor Joe Barry, who is a board member of Alcohol Action Ireland and appeared before the committee, is disappointed with the draft report.

Prof Barry said they would not be spending millions on advertising if it did not have an impact on consumption.

Dr Bobby Smith of the College of Psychiatry of Ireland said he believes the committee is putting "short-term financial issues ahead of the health and welfare of Irish children".

Labour TD Eamonn Maloney, a strong advocate for prohibition, has said while he is disappointed, he is not surprised by the findings.

Mr Maloney said it reflects the "attitude" across the political parties that alcohol is not harmful and "money will continue to be thrown at the health service in relation to the matter".

Fine Gael TD John O'Mahony, who is currently the acting chairperson of the committee, has said there are recommendations yet to be added to the draft report.

However, he acknowledged that if there is a total ban on sports sponsorship by the drinks companies, then there will be serious implications for the sporting bodies. 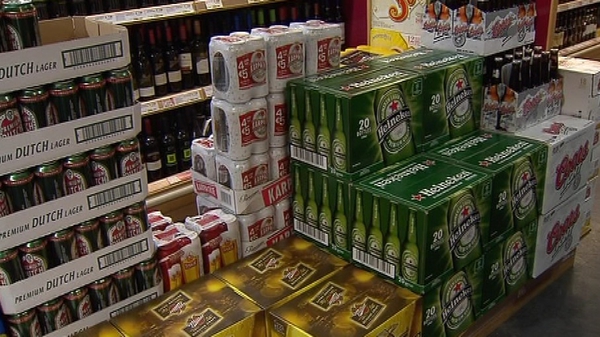